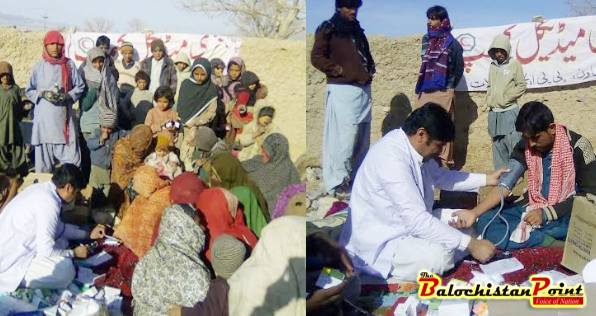 Following the direction of Mr. Rashid Razzaq the District Support Manager PPHI Kalat Mr. Mujeeb Baloch along with his teams rushed to the sites that were severely affected by the recent massive snowfall and for more than couple of days emergency operations were carried out to reach the areas.

Talking with Balochistan Point Mujeeb Baloch said, “DSM Kalat by the day when Snow fall predictions were there our team distributed more than Rs.30, 000/ to each BHU  and the 14 ambulances Of PPHI were on red alert.”

“Under CEO Mr. Rashid Razzaq special directions PPHI is mandated to give relief to the far flung clusters of Kalat, which have faced massive snowfall where ,” Mujeeb Baloch added.

Mujeeb Baloch said that they had provided health facilities in the areas where link roads were chocked and the patients of remote areas were facing severe problems.

DSM Kalat informed that more than 1002 patients were given free medication and worth 3 Lac medicines were distributed to the poor freely.

Published in The Balochistan Point on January 20, 2017

2017-01-20
admin
Previous: Ahsan directs authorities to resolve water shortage in Gwadar
Next: Media: The psychological reason behind disappointment and silence at Baluchistan