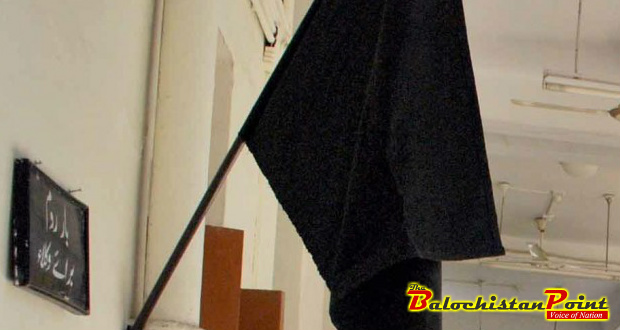 Turbat – Kech Bar Association (KBA) has announced a full-court boycott in the district to protest the non-availability of District Public Prosecutor.

Position of District Public Prosecutors in Kech is lying vacant for a long time and it has resulted in paralyzing the legal system.

Many cases are pending in session court of Kech only due to non-availability of public prosecutor.

KBA had protested against non-availability of district Public prosecutor last month but no action was taken by the government.

Jadain Dashti, President KBA told The Balochistan Point, “We are left with no choice but to boycott the courts to mark our protest against non-availability of public prosecutor.”

He further added, “Government must realize the sufferings of common people and should appoint public prosecutor for Kech district as soon as possible.”