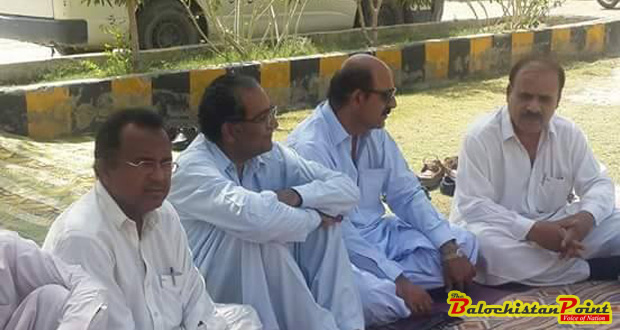 Members of PMA Kech boycotted duty in OPD and protested against the incident of kidnapping of yet another doctor in Balochistan. The abducted doctor originally belongs from Kech district 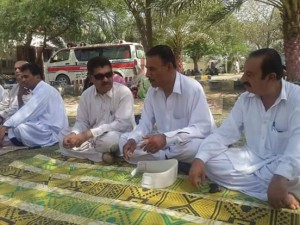 Dr. Amir Baksh, coordinator of Maternal, Neonatal & Child Health Program (MNCH) was abducted from outside his office in broad daylight in Quetta last week. No progress has been made in the recovery of kidnapped doctor so far.

PMA has announced to boycott OPDs from 9 AM to 11 AM everyday in all over Balochistan. All vaccination campaigns will also be boycotted, according to the announcement of PMA. However doctors will not boycott emergency, labour room, operation theatre and wards learnt The Balochistan Point.

PMA has appealed to provincial government, Chief Secretary, Inspector General of Police and minister of health to increase the efforts for recovery of Dr. Amir Baksh 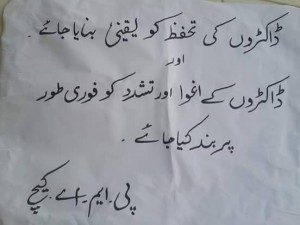 A sign at the protest demands protection of doctors

In a show of solidarity, Gwadar lawyer’s community also boycotted court proceedings in Gwadar against the abduction of Dr. Amir Baksh. Lawyers protested outside district court in Gwadar and condemned the kidnapping incident. Lawyers demanded from government to recover Dr. Amir Baksh safe and sound.

Published in The Balochistan Point on April 24, 2015