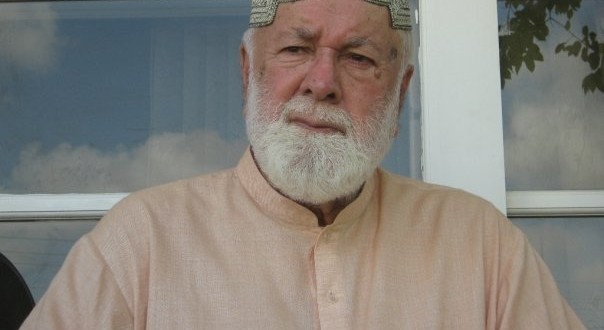 Khair Bakhsh Marri: a fighter all the way

KARACHI: Veteran politician Nawab Khair Bakhsh Marri, who died on Tuesday, never gave up his dream of a homeland for the Baloch in the face of heavy odds.

Born in Balochistan’s Kohlu region in one of the most influential families of the province in Feb 1928, Nawab Khair Bakhsh Marri got his education in his native land, in Karachi and from abroad.

He had a reputation of being a ‘born nationalist’, having made his role model the leaders who resisted the inclusion of Balochistan in either Pakistan or India in 1947.

He came of age, politically speaking, in the early 1960s when the Baloch tribes were up in arms over what they saw as ill-treatment of Sardar Nauroz Khan, a 90-year-old chieftain.

The seed was sown on Oct 10, 1958, when the Army fought a battle near Wadh with Sardar Nauroz Khan.

That clash, and its aftermath, eventually led to negotiations between Baloch activists and the Army. But Nauroz Khan and his son were arrested when they turned up at the venue. Nauroz died in captivity in the Kohlu prison while his son and five others were hanged. This set off a disillusionment from which Balochistan never fully recovered.

During the 1960s the administration destroyed fruit orchards of Khair Bakhsh Marri on the orders of then military ruler Gen Ayub Khan.

Late Nawab Marri contested elections, and won, for the National Assembly in 1970 after Balochistan appeared on the map as a province upon abolition of the infamous One Unit.

SCEPTICISM: He refused to sign the 1973 constitution, complaining that it was silent on provincial autonomy. He also expressed scepticism over Prime Minister Zulfikar Ali Bhutto’s assurance that the vague concurrent list would come up for review after a decade.

The late Ghaus Bakhsh Bizenjo, however, characteristically took a sanguine view and was among the signatories from his province. But time vindicated Khair Bakhsh Marri as the ‘decade’ Mr Bhutto spoke of ended as late as in 2010 — with the passage of the 18th Amendment.

“Still it was a sin on my part to let the constitution pass without putting up resistance,” he said in a rare TV interview five years ago.

Khair Bakhsh was truly an enigma to his friends and foes. He was an arrogant Baloch chieftain to some and a soft-spoken gentleman to others. He was a leader of the National Awami Party – a platform for nationalists from across the country who believed in a federal system. Yet he remained a staunch Baloch nationalist to the end, having never given up his dream of a separate homeland.

Marri was the linchpin of the Baloch insurgency which shook the country in 1973, but ebbed away four years later.

Thousands of Baloch fought against the Pakistan Army in an uprising in which the Marri clan showed the way.

In the meantime, the NAP was banned in 1975 and its entire leadership put in Hyderabad prison after the federal government prepared a reference known as the “Hyderabad conspiracy case”. When Gen Zia freed Ghaus Bakhsh Bizenjo and others in 1977, the late Bizenjo declined to leave prison unless Marri was set free as well.

Marri flew to the United Kingdom and France for a brief sojourn before opting for exile in Afghanistan, where he later ordered thousands of his tribesmen to join him.

That escapade has many sub-plots, which his detractors narrate with relish.

As President Najeebullah’s USSR-backed Afghan regime began to crumble in the early 1990s, Khair Bakhsh returned to Pakistan. He opted for an inconspicuous life until early 2000s when he was arrested briefly in Justice Nawaz Marri case. He continued to lie low, but his younger son Balaach became an icon of Baloch separatism and eventually died in a contentious military swoop.

Khair Bakhsh Marri remained unwavering in his separatism and came to earn the epithet, ‘communist nationalist’. He was a radio aficionado and loved to listen to stations of various countries. He loved wildlife too, which was evident from the stuffed ibexes that were placed on the two corners of a large window of his study at his Karachi bungalow.

Ill-health had kept him from active politics of late, but his controversial statements and bravado guaranteed juicy stuff for local and foreign media. (Courtesy: Dawn.com)

Republished in The Balochistan Point on June 11th, 2014

2014-06-11
admin
Previous: Nawab Kair Bux Marri: The legend of Balochistan passes away
Next: The Future of Baloch Nationalism After Nawab Marri