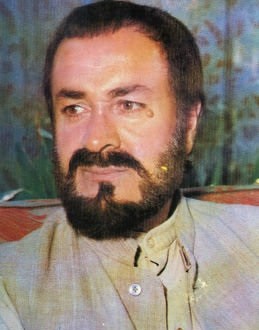 Nawab Kair Bux Marri: The legend of Balochistan passes away

Nawab Khair Bux Marri, a veteran Baloch nationalist leader passed away in karachi . He was suffering from a protracted illness admitted in a Karachi in local hospital given the fact that the government did not approve their appeal for his medical treatment in international countries. The denial of the so-called government further put more complications for his swift medical treatement.

Baloch people from all over Balochistan and from other countries of the world are paying tribute to the great leader Nawab Kair Bux Marri who paved many ways for the preservation of the identity of his nation.

Nawab was one of the erudite individuals of Baloch nation who  believed greatly in politicization of his people and national resistance through armed means against the foes of the Baloch nation and he overtly conveyed this message to his nation for regaining the freedom from the subjugating state.

In today’s modernization, Nawab Khair Baksh Marri, is also dubbed a philosopher by his philosophical thoughts, a Marxist by his convictions, who believed in “movements of national liberation by dint of en bloc armed resistance, for national cause. He struggled very hard to free his nation from the jurisprudence of injustice, lack of egalitarianism, brutal barbarism from the State.

Marri often said, “If I were to get sold and to give up my struggle for the eternal freedom of Baloch people, I would prefer death than betraying my nation”.

Indeed, Nawab Kair Bux Marri’s devotion to the national cause and his firm stand for the autonomy of his people, remains engraved in the golden pages of Baloch history. Nawab Kair Bux Marri’s left footsteps are greatly appreciated and adopted by all and sundry hailing from Baloch nation, his guidelines to his nation are thus a source of light in the state of national darkness. He has not passed away but remains eternally alive in the hearts of every individual of Baloch nation.