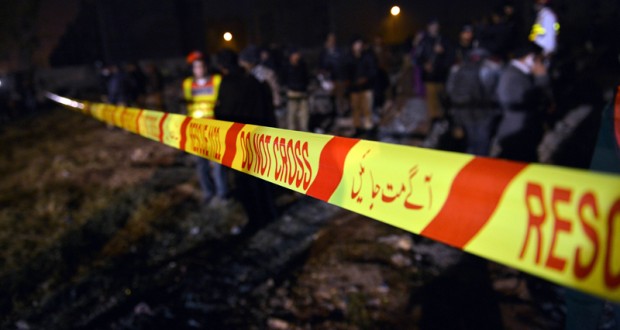 QUETTA: At least seven people were injured when a bomb exploded near pilgrims’ bus in Balochistan’s Khuzdar district, on Monday.

According to levies official, the roadside blast occurred in Garesha area, when the Zikri pilgrims were traveling in the bus from Turbat to Khuzdar. The bus was partially damaged in the incident.

“The injured were shifted to local hospitals in Khuzdar and Naal where two of them are said to be in critical condition.” Sources said

The security forces arrived at the blast site and launched search operation in the area.

So far, no group has claimed responsibility of the attack.

Published in The Balochistan Point on July 28, 2014

2014-07-28
admin
Previous: Dr Abdul Malik Baloch’s visit to Banu cancelled due to inclement weather
Next: Family of rape victims mourn on this Eid