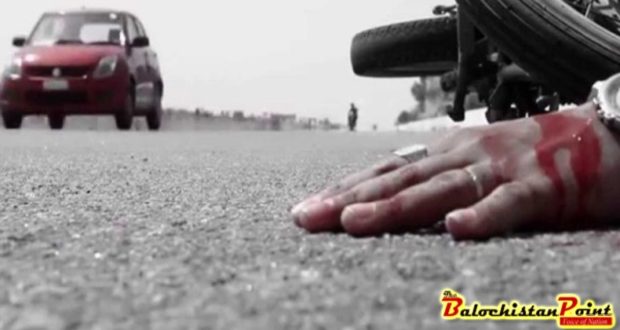 Transportation is the movement of people and goods from one place to another through different modes; such as roads, railways, airways, waterways and pipeways. Road transport is the dominant among all and carries the highest percentage of people and goods transport. Roads establish an imperative contribution to the development of a nation in terms of economic, social and spatial development. These provide mobility as well as accessibility to different services as health, education, business and ease the socio-economic development of a nation. But unfortunately, the road traffic is prone to fatal crashes and other traffic problems which put a negative mark to its prominence. To add logically, road accident is differentiated from a road crash in a way that an accident is something that happens naturally, while a road crash occurs due to human errors or negligence. Road traffic crashes have turned out to be a serious concern and are being accounted as largest injury and prevention issue, thus, a general public health problem throughout the world.

During the current years, road safety has acquired considerable focus and popularity among stakeholders throughout the world. Road crash injuries and fatalities have created an alarming situation. In a report, World Health Organization (WHO) claims that globally every year more than one million people die and around 50 million people are injured because of the road crashes throughout the world. Among these, 90% take place in low or middle income countries. The economic cost of these crashes surpasses US $ 600 Billion each year and these numbers are increasing in developing and under developed countries but decreasing in developed countries.

When it comes to a developing country like Pakistan, the National Transport Research Center (NTRC) reported that annually around 1.4 million people are affected as a result of traffic crashes. As per the study conducted by WHO in 2010, 30,000 road crash injuries and fatalities took place in Pakistan in the last five years. Fatmi et al., (2007) claimed that 27,000 road crash injuries took place in the country in a single year of 2006. Crashes related to road traffic are the fifth leading cause of premature deaths and the second leading cause of disability in Pakistan. According to the Pakistan Bureau of Statistics, more than 50,000 people have been killed in road crashes from 2004 to 2013. Another study shows that each day 15 people die due to traffic collisions. These deaths and injuries correspond to an economic loss of over US $ 3 Billion each year, which are endured by government, individuals, and insurance companies and are comprised of tangible and intangible costs.

Balochistan being the most deprived and least developed province; also suffers from road safety issues. The traffic accidents and crashes data are collected by local police and Levies which mostly do not come to the headlines and so there is not a proper management system to record and collect the data of traffic crashes. The very vast province of Balochistan holds the longest routes of national highways of Pakistan. As per National Highway Authority (NHA), around 40% of the national highways of Pakistan lie in Balochistan. Total length of national highways surpasses 5,000 kilometers with a number of highways under construction.

The major highways in the province include N-10 (Liari – Gwadar – Jiwani), N-25 (Karachi – Kalat – Quetta – Chaman), N-40 (Lakpass – Dalbandin – Taftan), N-50 (Kuchlak – Zhob – D.I.Khan), N-65 (Sukkur- Sibi- Quetta) and M-8 (Gwadar-Hoshab – Khuzdar – Ratodero). All these highways have experienced major road traffic crashes. Most of the traffic crashes which have been reported have occurred on N-25. This is an important route connecting Karachi to Afghanistan via Khuzdar, Kalat, Quetta and Chaman. More than 150 fatal crashes have taken place on this single highway from 2015 to 2017 in which an estimated 150 people died and around 450 suffered serious injuries. Despite improving road networks, road safety is deteriorating day by day. Sixteen (16) road traffic crashes have been reported by Levies force in a single month of January 2018 which left several fatalities and injuries. These numbers are much higher than the reported ones, since there is not a proper mechanism in the province to report and maintain road crash data.

Besides the intangible loss of these fatal and non-fatal crashes from which the families of victims suffer, there are economic losses, too. A fatality not only deprives a person from his life, but the whole family suffers from this loss. Whole of the family shatters down once the person is no more with them who earns a living for them. There are associated property damages too with these crashes. To monetize the economic losses of these road crashes, International Road Assessment Program (IRAP) gives an economic model; According to which:

So, the values of fatal and non-fatal crashes came out to be;

There are many factors which hold the responsibility for these losses and poor road traffic safety. The first among those is the poor design of road geometry. Roads were built years ago for that prevailing traffic conditions but now the traffic patterns and volumes are changed. Secondly, less information to drivers – lack / inappropriate use of road signs, signals and markings, which consists of poor and inexperience driving skills, inadequate passing opportunities, violation of traffic rules and regulations. On the legal side, paucity of traffic rules enforcement, also adds fuel to the fire. When it comes to the technical side; poor vehicle condition / fitness, environmental conditions and the traffic operations in the hands of non-technical workforce increase the traffic crashes by leaps and bounds.

Above problems warrant prompt actions by the concerned authorities. National Highway Authority (NHA) is the responsible body to look after the design, construction, operation and maintenance of National Highways. It has a cell for Road Safety Audit which looks after the safety issues on these national highways. Unfortunately, this cell has not taken any such action in Balochistan to improve road safety in the province.

There are a number of strategies which would be helpful to improve road safety. There are 3E’s (Engineering, Education and Enforcement) associated to road safety. All these are important to have an improved road safety. At first, road safety awareness campaigns should be started. Road traffic safety education needs to be made part of the curriculum of middle and secondary class levels. Traffic safety is a sub division under traffic engineering and recognizing and reassuring the policy of “Right man for the right job”, requires trained traffic engineers familiar with the 4 principles of vehicle movement on the highway, the layout of road junctions and the use of road signs and traffic control devices. Drivers should be trained and their skills be tested. They should also be tested for influenced driving. Traffic and Motorway police should strictly enforce the traffic rules and regulations. On the institutional front, the Government of Balochistan and its relevant authorities should ask NHA to carry out a thorough road safety audit on the national highways of the province. Provincial Transport Department / Traffic Police / QDA should establish a cell to record and maintain the traffic crashes database where traffic engineers should comprehensively analyze the data to identify black spots and apply the remedial measures. To counter the losses, National Highway and Motorway Police (NH&MP) on these highways and urban roads should be active enough to provide first aid if a road crash takes place. Emergency health care units / trauma centers may be established by government at these highways to help and provide first aid to the road crash victims. Bylaws / Acts regarding compensation of fatalities and injuries need to be modified. Above all, the interest of Government is the most important factor which becomes the cardinal pillar for these policies.

The writer is MS Transportation/Traffic Engineer from National University of Engineering and Technology (NUST) Islamabad, currently working as Traffic Engineer at Finite Engg. Islamabad and can be reached at ms.shahwani@gmail.com.

Published in The Balochistan Point on December 20, 2018

2018-12-20
admin
Previous: Higher Education system requires to be improved as per international standard
Next: BS program in Govt Degree College Kalat at stake