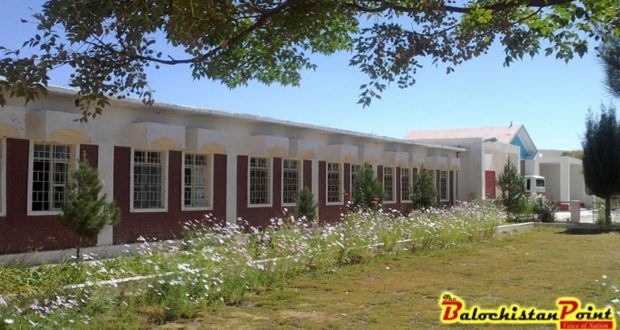 Man traveling for billions of years through the history has come to this conclusion that education is the only source that can bring about all sorts of development be political, social, economic, environmental or intellectual one. Apex of development in the world is the practical example of the notion that man through the education and science has achieved much to the extent that has never ever been before. It is for this reason that developed countries have made standard education their first and foremost agenda and priority. Moreover, their societies entirely stand for the promotion of education.

Unfortunately, our case is completely different. We still play the pulling game with education and education is in our least priorities. Our colleges, Government Boys Degree College, Kalat and Government Girls Inter College, Kalat are examples of our, negligence towards educational institutions. Both the institutions are going to get deprived of the honest legendary whole heartedly interested principal of both the colleges Sir Ghulam Nabi Baloch on his transfer from District Kalat to Mastung and Sir Abdul Hayee, the ex-principal of Government Boys Degree College, Mastung has been transferred to Kalat.

Mr. Ghulam Nabi Baloch, a sincere, cooperative, intellectual, hardworking, experienced legend has served in both the Institutions as the Principal for more than a decade in Government Boys Degree College, Kalat and since August 2017 in Government Girls Inter College, Kalat; has done much for the institutions in all regards be the infrastructure, appointment of the teachers on internship, cooperation with the students and teachers on one side and with the society on other. What is more interesting about him is the fact that Sir being a social worker and educationalist is a native of District Kalat; he feels very attached with students of Kalat and he whole- heartedly wants to serve the people of Kalat.

In August 2017, Bachelor of Studies (BS) Program was implemented in colleges in Baluchistan. Sir Ghulam Nabi Baloch taking keen interest in the newly implemented program started BS in Government Boys Degree college, Kalat in Co-education giving education to more than a hundred students in four disciplines, namely economics, English literature, zoology and chemistry giving all facilities and running the new program with full potential. In August 2018, BS was banned in Kalat. It was he who stood for the cause of restoration of BS in Kalat by putting the case before Secretary Higher Education and in Balochistan Assembly. Finally, Sir Ghulam Nabi Baloch succeeded in restoring the BS program in Kalat. Moreover, in 2019 enrollment, more than a hundred new male and female students were given admission in four new disciplines namely, Botonny, Zoology, Islamic Studies, and English literature.

Now here, it is important to know about the new Principal Sir Abdul Hayee, the ex-principal of Government Boys Degree College, Mastung. During his hold of the Power, BS Program in Government Boys Degree College, Mastung became the victim of failure and was rolled back in the Mastung District. And now according to sources, before the transfer of the power to the new principal, the talks of road back of BS Program in Kalat are going on among the new authorities.

The writer is a student of BS Economics and the Head of Student’s Grievances Committee at Government Boys Degree College, Kalat. He can be reached at: imdadbaloch3000@gmail.com

Published in The Balochistan Point on December 22, 2018