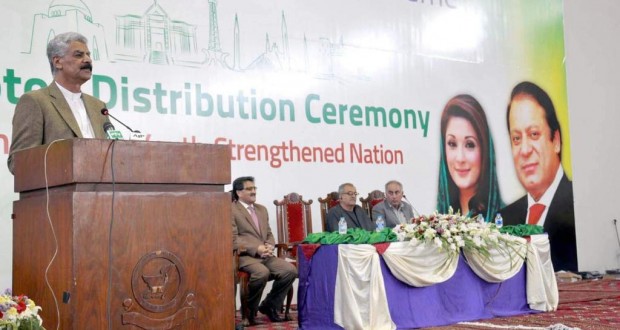 300 students enrolled in M.Phil and PhD courses in UOB were awarded Laptops by the guests.

“Many deserving students of UOB couldn’t get Laptops during this phase because their names were not updated in HEC database due to negligence of UOB officials,” alleged a student on condition of anonymity.

The last date for entering names in HEC databases for laptops was 31st October and still names of Many Students have not been added to the list, Complained another student.

Earlier, serious irregularities were reported during the first phase of laptop distribution ceremony in UOB.

Published in The Balochistan point on November 7, 2014