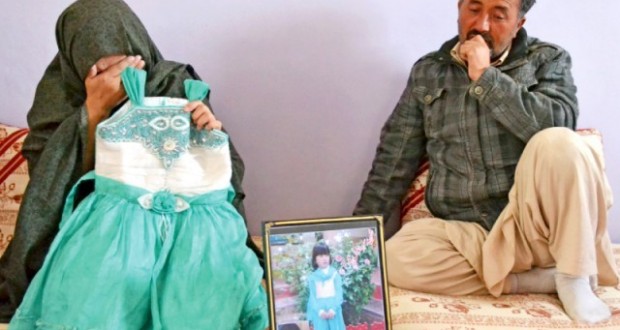 QUETTA: Killers of 7 year old Hazara Girl, Sahahr Batool, still roam around free and no progress has been made in the case.

Sahar Batool went missing on 28th October and on the same day her dead body was found near a garbage dump in vicinity of her house.

Sahar Batool was a student of first grade and belonged to Hazara community. Father of Sahar, Sakhi Khan is a gardener by profession.

Almost ten days have passed since this gruesome incident took place and so far there has been zero progress in this case.

CCP Quetta also admitted that so far Police have not been able to find a single clue which can lead to the perpetrators of this heinous crime.

Published in The Balochistan Point on November 8, 2014

2014-11-08
Editor
Previous: Laptop distribution ceremony held in University of Balochistan
Next: 1000s Of CNICs Issued To Afghan Immigrants In Balochistan