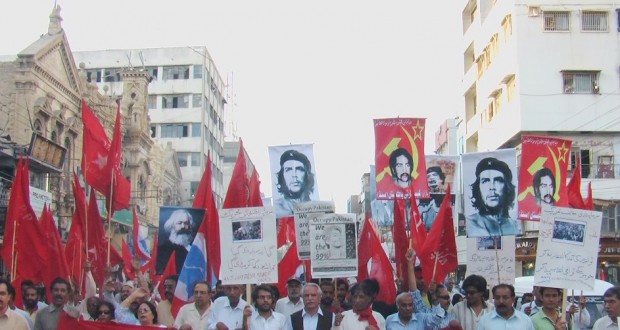 LONDON: Left-wing Pakistani activists have called on the government of Pakistan to listen to the demands of Baloch campaigners who have staged a long-march through Pakistani towns and cities to the federal capital to highlight the issue of the alleged enforced disappearances of Baloch activists.

Workers from various progressive, left-leaning Pakistani parties staged a demonstration outside Prime Minister David Cameron’s residence here and called for solidarity with those Baloch marchers – led by Mama Qadeer and Farzana Majeed – who are asking for their rights in a legitimate manner and through democratic process.