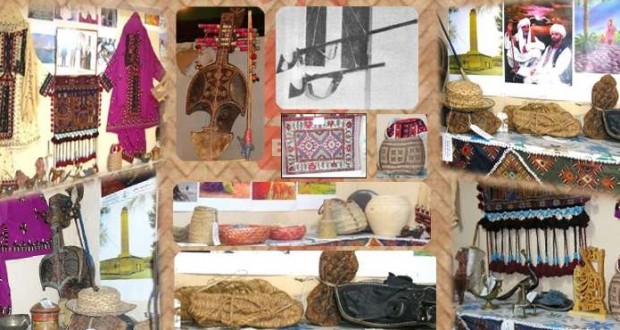 Tribal system does more harms than goods to a society yet, there are heterogeneous boons of tribal system and one of them is Bijjar. Bijjar is a Balochi word which means cooperation.

Bijjar is an antique component of Baloch culture. According to elders, it is 2500 years old and amazingly it is still prevalent in various parts of Balochistan, especially in Jhalwan and Makran regions. In a tribal set-up, just before the marriage of a couple, relatives of Bridegroom ask for Bijjar(help) from their tribesmen, to conduct the marriage ceremony. The tribesmen provide Bijjar in the form of animals like goats, sheep, cows, cash and crops. The relatives of Bridegroom who receives this aid will return it to their tribesmen, when they come to collect their Bijjar. For example, suppose a person has given one goat to his tribesmen, he will get it back, when he will go to collect Bijjar. Similarly, if a person gives one camel, he will get it back on his turn.

Bijjar is a great succour for Bride groom. Even, common men may collect as many as 200 animals, substantial amount of cash and crops and he has to repay this Bijjar in the form of easy installments. For instance, he has to give one or maximum two goats to a family who asks for Bijjar.

With the assistance of his tribe, the Bridegroom will not feel the weight of expenses of marriage. Moreover, it will help him in starting his new life. Suppose if a bridegroom get 200 animals in his Bijjar, He may slaughter 25 animals for giving a feast to his guests and may keep rest others animals for his own use. The price of one animal may range from 10000Rs to 100000Rs depending upon the size and genre of the animal. The worth of 175 animals means 20lac to 30lac Rupees which indeed, is a very vast amount. Bijjar rescue the bridegroom in commencing his life after marriage.

One more fine aspect of Bijjar is that it is voluntary one may decline, if he does not  desire to give Bijjar. Furthermore, impoverished and people of lower strata are exempted from giving Bijjar.

As compared to dowry, Bijjar is totally opposite. The strain of dowry falls on one family, whereas, Bijjar is a contribution of the entire tribe, which may consist of people ranging from 20 thousand to 50 thousand peoples. Ironically, in urban areas, the onus of imparting dowry is on the shoulder of the family of bride. This is so unjust, a person who is his giving his child to someone to marry, he also has to give dowry besides giving her daughter, whom he has nurtured for 20 years. On the other hand, in tribal setup, parents of bride are exempted from paying dowry. Further, the family of bridegroom is responsible for providing all sorts of help to the parents of bride for conducting the marriage of their daughter.

Dowry is a evil social practice and it is not originally a part of our culture. It is a Hindu Culture, fortunately during the reign of Mughal Emperor Akbar, multitude of evil social practices like satti, ban on remarriage of widows were abolished but this wicked custom of dowry was not obliterated and it is a chief stumbling block in the path of girls marriage. The families of poor girls cannot afford to give huge dowries demanded by boys families.

In my opinion people of cities are very unlucky by not having a beneficial tradition like Bijjar and a sole family has to bear the burden of marriage. In fact, many lose their age long saving for the sake of marriage. By comparing Bijjar with Dowry, even a layman can assume that the custom of Bijjar is far more logical, rationale and honorable than dowry.

There is no doubt that tribal system is outdated and it is impractical in today modern world, but still it contain various handy traits like Bijjar which should not be extinguish as it provide great relief to the couple in their marriage and life after their marriage. The other extraneous things which harms the society like dowry should be eliminated immediately.

The writer is assistant News Editor at Daily Intekhab, Quetta and blogs at http://jeeyand.blogspot.com

Published in The Balochistan Point March 1, 2014

2014-03-01
admin
Previous: Pity the Nation That Does Not Respond to the Misery of Fellow Countrymen
Next: Left-wing Pakistani activists call on Govt to support Baloch Marchers