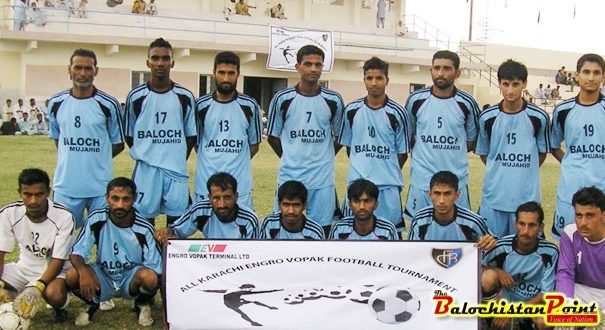 Slowly but surely the gang-war is trembling and losing its feet from Malir, and the new phase of life is knocking the door to welcome the Malir’s inhabitants. Seemingly, shaded blood has turned dried to be the lesson for future generation and pierced bullets on walls are reminding the darkest moments of dreadful period.

Now it is the time to shed the light on the facts and start to bury the hate,  write off the darkest period by welcoming the fragrance of love and to cement the pierced walls then paint the glaring pattern of impartiality on them; otherwise, the nature of law works so equilibrium manner that if past is not learnt, it reappears to teach the lesson again. Now it is upon us to burden the uninvited state of affairs or to look forward and make ourselves on the go for making new ways and ideas to reconstruct our deteriorated belongings. Logically, doing nothing as the same as welcoming the imbroglio and chaotic condition, that’s why we have to sense the temperature of blazing facts and then extinguish them on time.

Truthfully, if we dig deeper we can come to conclusion that the gone era has daunted many features of our society; Malir Union Ground is one of them. Presumably, the ground is the jewel of any existing society and considered the major pillar to restrain its vulnerable youth from drug and other illicit activities, it assures and molds the healthy and energized nation, and it is a very place where people cheer and enjoy their moments together. Conversely, Malir Union Ground is singing the contrast scenario of its fate, and fighting for its own survival.

Keeping in view, it is not only a piece of land but an arena of dreams and patron of dreamers; from now we have to understand the gravity of situation and take responsibilities by protecting the every length and breadth of our belongings rather than washing the hands from responsibilities and bent on ruining our belongings and scratching our fate continuously.

Published in The Balochistan Point on June 22, 2017

2017-06-23
admin
Previous: Letter: The school of Kolahoo needs teachers
Next: HEC to establish Universities in Zhob and Dera Murad Jamali