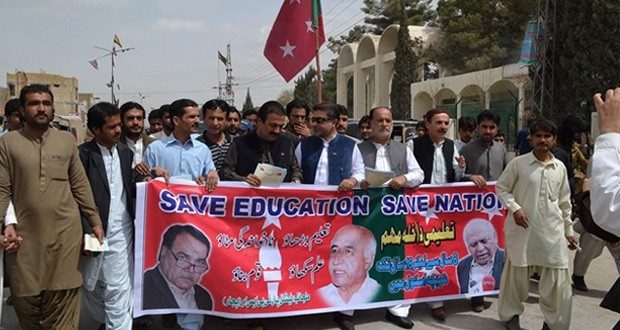 Letter: Educational Emergency In Balochistan Is A Face Saving Tactic

The educational emergency of Balochistan Government might sound good in parliament; it may benefit some specific people, near and dear ones and of those who are part of this government but it will do no good to the people of Balochistan.

National Part is badly in need of a face saving tactic after loss of its credibility due to bad governance, nepotism and no check and balance on corruption. In reality even the people within the national party know very well that the drama of educational emergency can never really materialize into concrete action.

Instead of point scoring on gimmicks like educational emergency, Balochistan government should provide basic amenities to the schools situated in far flung areas of Balochistan.

Published in The Balochistan Point on March 27, 2015

Disclaimer: Views expressed in this letter are those of the author and The Balochistan Point not necessarily agrees with them.