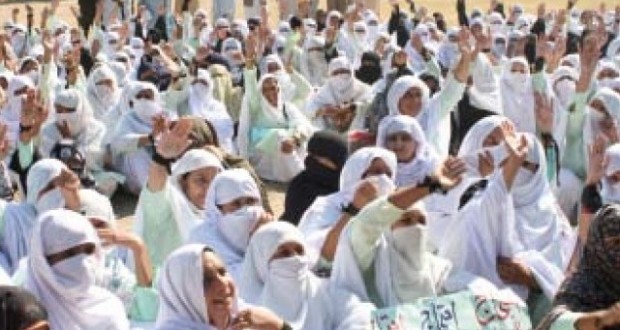 QUETTA: In reaction to nonpayment of salary of last five months, the lady health workers (LHWs) have announced to boycott the anti-polio campaign in Balochistan including Quetta scheduled to start from Monday (tomorrow).

The lady health workers also staged a protest demonstration in Civil Hospital Quetta on Saturday and demanded the government to immediately pay them the due remuneration.

Published in The Balochistan Point on February 9,2014