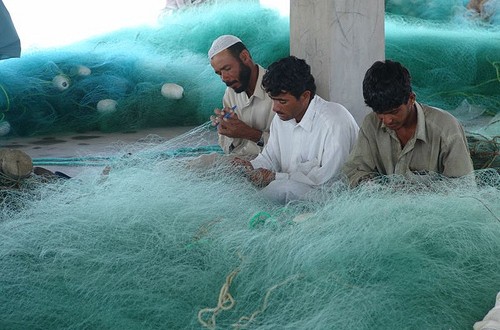 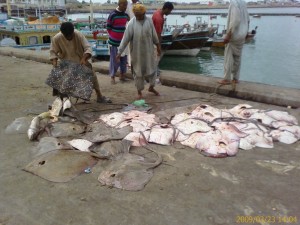 Balochistan Dr Adbul Malik Baloch, brought a lot of expectations for the suffering inhabitants of the region. Specifically for the fishermen who have been troubled with the issue of the illegal trawlers from Sindh for over ten years now. However the previous dictator as well as democratic government failed to solve this critical issue.

Currently, Gwadar’s utmost afflicted people are the fishermen. The only source of livelihood for up to 70% of the coastal communities is fishing which is under intimidation. The illegal trawlers coming from the province of Sindh have been involved in the genocide of the fish generation of district Gwadar along with the other district of Balochistan beginning from the year of 2001.  The corrupt officers in the fisheries department have been the greatest support for such illicit conducts. The involved officers as well as the trawler mafias had been making millions of money per year.  These deep sea trawlers use destructive nets to catch fish. Not only the big-fish but new-born along with their eggs as well as sea plants all together are being depleted by the trawlers. This represents a tormenting 70 percent of the marine life which is being wiped out each day.

Regardless of the fact that the provincial government had banned the use of destructive nets ,however, trawlers continue to function and carry out activities which are diminishing the marine life of the district. The region’s marine life can end up with extinction in coming years because of the adverse ecological impacts of such practices.

During the election campaign, the Chief Minister of Balochistan raised voice to end several issues of Balochistan along with the issues of the fishermen. During his previous visits to Gwadar, the fishermen’s expectations were not brought into light or were not discussed thoroughly but during this week’s visit Provincial Chief-Minister discussed the issue, in a seminar held by local NGOs RCDC (Rural Community Development Council Gwadar) and SAP-PK (South Asian Partnership Pakistan, Gwadar).

Addressing to the hundreds of people including the fishermen convention from Gwadar, the Chief Minister said that in the point of fact that trawling is done by country’s most powerful mafias who have deepen their roots in such illegal conducts from years, the government attempts will continue to end the issue. There is no doubt that this matter is one of the province’s most critical issues of the present time. It has been a long time since the trawler mafias had troubled the fishermen but now it is the time to modify the laws to make them more authoritative in order to stop the trawlers to genocide the marine life. He added that fishermen will be given all the needed facilities and soon the issue will be addressed.

The issue of fishermen issues carry credence since fisheries is the biggest mode of economy for the majority of the inhabitants of the district. It is truly the liability of the government to address the issues before it is too late. The Chief Minister had made sure to solve the issue soon. Now it is to be seen whether the promise comes true or will just remain a verbal commitment.

Published in The Balochistan Point on February 8, 2014