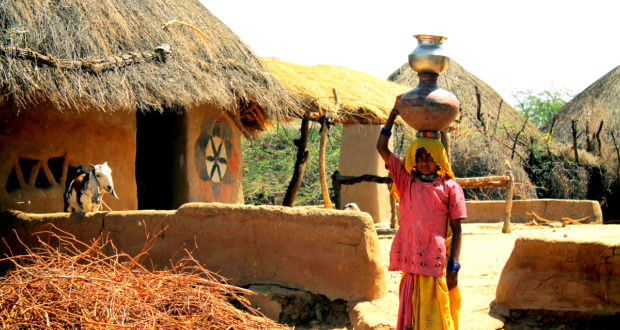 People of Sindh are full of life, they find happiness in each and every thing, even a tiny thing makes them feel so good and satisfied, I got to know this after spending some time in Sindh; however, I felt bad a bit for the poor girls of Sindh as their brothers are loved and pampered more than them. They look more like caretakers of their brothers rather as an equal being of their family. They are loved too by their parents especially by the father still they are ignored on so many levels over their brothers.

The girls are always told to serve their brothers be it the elder one or the younger, whenever and wherever they want to be served. They look more like a putter on and off of their brothers clothes. Girls are told to respect and love their brothers but how pity is that the boys are never told to pay respect to their sisters.

On the other hand, one can easily see how proletariat  are treated by the bourgeoisies. The class difference is quite prominent in Sindh and poor would remain poor as no proper concentration or attention is given to them by the government and by so called “Wadera” (the one who rules the area). Poor is always humiliated all the time by the upper class masses in spite of all the hard word they do for them are never paid off for that. Poor being scolded, taunted, irritated and in return they are told not to say a single word in front of them rather they should still be thankful to their owners. Life is difficult for poor and the rich makes it worst for them. Rip equality.

Published in The Balochistan Point on May 11, 2020

2020-05-11
admin
Previous: Lack of facilities at Kech Teaching Hospital
Next: Balochistan always suffers the most!