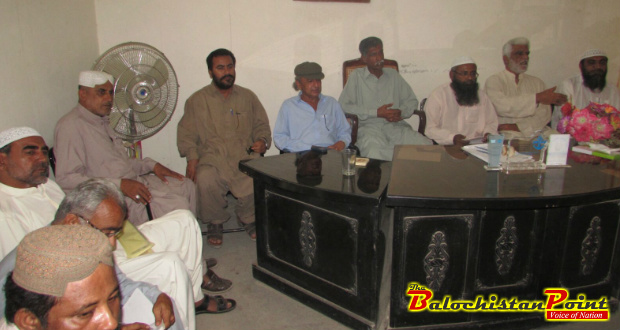 Large numbers of projects are being planned by GPA and GDA without consent of local government – Councilors.

The recent example of the series is the signing ceremony for significant part of China-Pakistan Economic Corridor (CPEC) in Gwadar but not only the Chairman Municipal Committee but the entire group of the councilors from local government Gwadar was not even invited to attend the Ground Breaking ceremony of the China-Pakistan School in Faqir Colony and the Signing Ceremony on various projects of CPEC.

The councilors condemned the economic expenditures of Rs. 5 million spent by GDA merely for the ground breaking ceremony of the school where as the province in general and Gwadar in particular is facing economic crisis in several sectors. Spending a huge amount in one day further verifies the misuse of public funds, said the councilors.

Rs. 5 million were spent by GDA on ground breaking ceremony of a school – councilors.

“Instead of the local government, Gwadar Development Authority (GDA) has taken the responsibility to represent the locality and the projects planned for Gwadar. As a result several projects have already proved to be failures such as the Chinese Exchange Program for Teachers and the project of sewerage system that is going with an extremely slow pace,” said Vice Chairman of Gwadar Municipal Committee Haji Molla Baksh.

Other councilors added that it is their legal right to be aware of the major projects planned for Gwadar and agreements between Pakistan and China for Gwadar.

According to the Balochistan Local Government Ordinance 2010, Municipal Committee of any city owns legal right to represent the city hence closing the eyes toward the councilors will increase the problems instead of decreasing them.

Published in The Balochistan Point on November 13, 2015