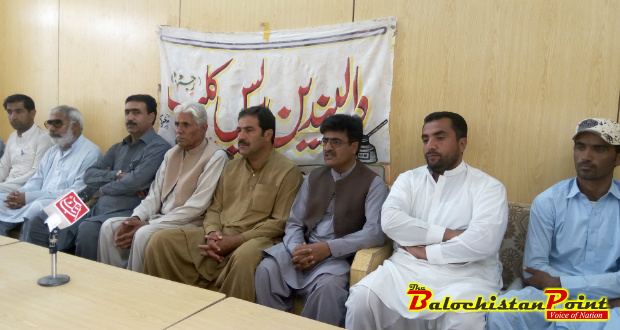 Chagai – According to claims of local leaders of Balochistan National Party (BNP), first time in history of Noshki huge number of women will attend a political gathering.

These claims were made by leadership of BNP Chapters of Noshki and Chagai districts while addressing a press conference in Dalbandin Press Club on Thursday.

BNP has announced a huge political gathering in Noshki on 22nd November which would be attended by BNP Chief Organizer and Former Chief Minister, Sardar Akhtar Mengal.

“For first time in history hundreds of women will attend a political gathering in Noshki and will join BNP,” said Mir Khurshid Jamaldini, central leader of BNP.

Nazir Baloch, President of BNP Noshki chapter said that “We will empower women to achieve the goal of betterment of society.”

President of BNP Chagai chapter, Malik Muhammad Sasoli, claimed that BNP is the real representative of people of Balochistan as its leadership never gave up struggle despite facing very harsh circumstances.

According to credible sources, Former provincial minister Babu Rahim Mengal and his supporters are expected to join BNP in political gathering of 22nd November.

BNP leaders of Noshki chapter visited Chagai in connection with preparations for the Political gathering of 22nd November.

Published in The Balochistan Point on November 12, 2015