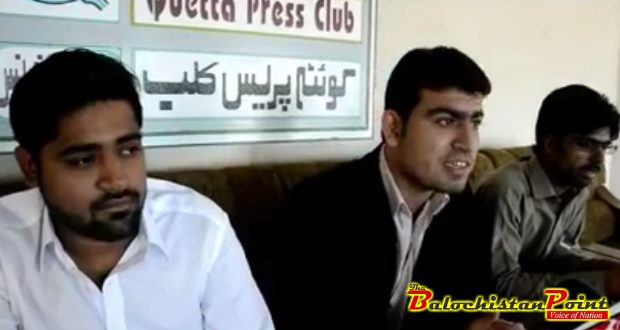 Quetta – Sayed Muhammad, a graduate of Balochistan University of Engineering and Technology (BUET) Khuzdar has been cheated out of his position by university administration.

Sayed Muhammad, a resident of Turbat, secured first position in Electrical Engineering department of BUET Khuzdar but University administration deprived him of his right, as per his claims. 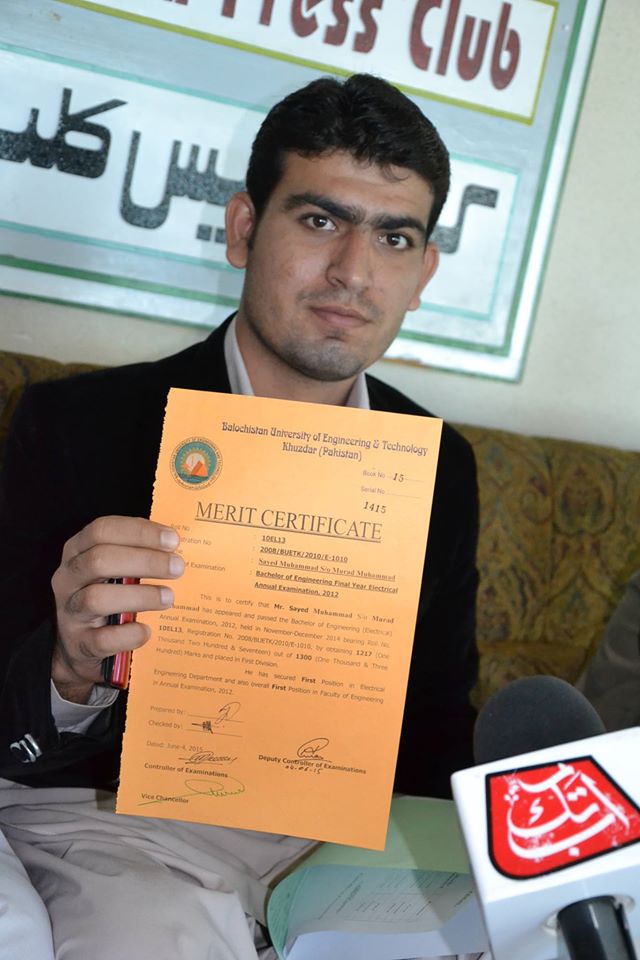 Addressing a Press Conference in Quetta Press Club on Friday, Mr. Muhammad narrated his ordeal in detail. He presented documentary proof of all the claims that he made in the press conference.

Mr. Muhammad said that he got admission in Electrical Engineering Program of BUET-Khuzdar through HEC scholarships for Balochistan and FATA.

Mr. Muhammad, who has been a position holder since Primary classes, also managed to clinch the top position in Electrical engineering department by securing 1,217 out of 1,300 marks. Second and third position holder secured 1,174 and 1,168 marks respectively.

In Quetta Electricity Supply Company (QESCO) there is a policy that topper of Electrical Engineering department of BUET-Khuzdar is directly hired as SDO, BPS-17, without any test and interview.

Being the position holder, Mr. Muhammad, submitted his application in QESCO for direct recruitment. QESCO sent the case of Mr. Muhammad to BUET-Khuzdar for verification.

BUET-Khuzdar delayed the verification for 6 months and then declared a female student top position holder by giving her 50 extra marks. Now, Mr. Muhammad’s marks are 1,217 and the marks of the female student are 1,218.

Vice chancellor (VC) of BUET-Khuzdar threatened to ruin my career and did not listen to any of my complaints – Sayed Muhammad.

“When I met Vice chancellor (VC) of BUET-Khuzdar, He threatened to ruin my career and did not listen to any of my complaints,” said Mr. Muhammad.

Published in The Balochistan Point on November 11, 2015