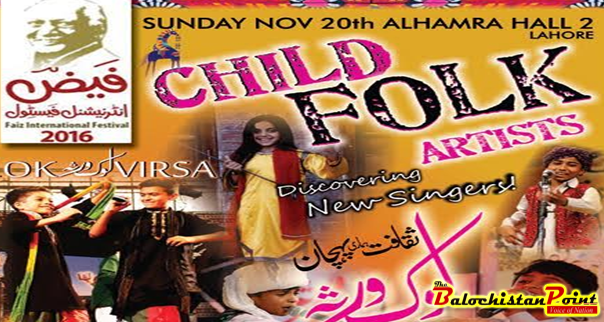 Executive Director Lok Virsa Fauzia Saeed said that one of the mandates of Lok Virsa was to discover new artists and promote them into the mainstream society.

“The Institute proudly presented the discovery of new in the past one year. These are children ranging between ages 4 to 13 who are gifted and have pursued singing. Some of them had the opportunity to be born in families of musicians and some have only followed the desire of their hearts,” she said.

According to the Executive director Lok Virsa the talented singers come from all parts of Pakistan and are becoming hope for a generation that will pursue performing arts without restrictions and the fear of stigma.

Lok Virsa is proud to bring the future of Pakistan to you and we hope to see all there supporting them.

Published in The Balochistan Point on November 15, 2016