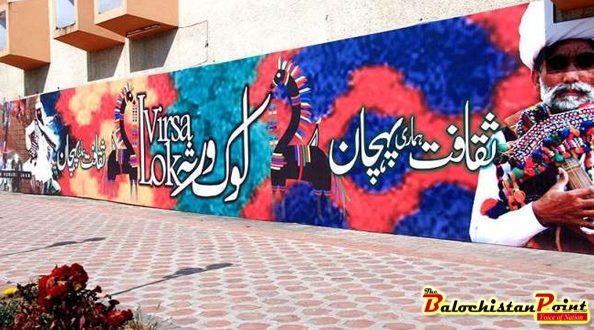 Lok Virsa in collaboration with Korean Embassy organized a seminar on “Modern Hyecho in Pakistan”.

ISLAMABAD:  Research Department of National Institute of Folk and Traditional Heritage (Lok Virsa) in collaboration with Korean Embassy organized a seminar on “Modern Hyecho in Pakistan” here at Lok Virsa.

A South Korean Scholar who heads the Pure Land Buddhist Institute (PLBI), Professor Dr So Gilsu was the guest speaker on the occasion.

Dr So Gilsu is currently in Pakistan to visit ancient archaeological sites in a bid to trace the footsteps of the Korean monk Hyecho, who had visited areas in modern-day Pakistan and India during the Gandhara civilization and later wrote about it in his ‘Memoir of the Pilgrimage to the Five Kingdoms of Tentouk (Sindhu)’.

Tracing the ancient link between Gandhara and Korea, Dr Gilsu said that the first Buddhist missionary from Gandhara who traveled to Korea was Malananda in the fourth century.

In his presentation, Draccident Gilsu highlighted the historical and cultural linkages between the Korean and Pakistani people spanning over several centuries.

“It took me a month to travel by road from China to Islamabad. But 1,300 years ago, it had taken Hyecho an entire year to travel from Gandhara to China where he lived and died,” Dr Gilsu said.

“You can call me the modern Hyecho and I come with the message of peace and harmony in the whole of Indu,” he enthused.

Hyecho visited West Tentouk, which is the Sindh province today. There is also mention of Kashmir, Skardu, Gilgit, Swat, Chitral and Gandhara in Hyecho’s book.

He elaborated that there were five kingdoms of Tentouk: north, west, central, south, and east Tentouk. Dr Gilsu said that North and West Tentouk are mainly the areas which comprise Pakistan today, while central and south Tentouk lie in modern-day India and East Tentouk is Bangladesh.

Dr Gilsu says ‘Indus’ and ‘India’ are the names given by Europeans while the root for both these names is Indu or the Indu River.

The event was attended by students, researchers and scholars of various educational institutions.

Published in The Balochistan Point on October 10, 2018