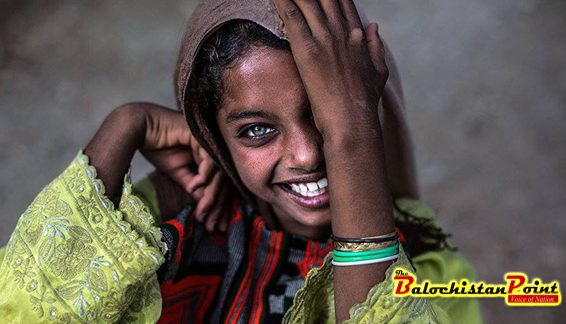 International Day of Girls Child is celebrated every year on October 11, to ensure a world free of discrimination for young women and girls. This year the fourth anniversary would be observed that each woman should receive their basic rights, and should not suffer from any problems. This year the world will focus on adolescent girls and Sustainable Development Goals which set a range of international target including on gender equality to be gained by 2030. According to a research that around 700 million girls are married below 18 years of age and child bridges suffer from unwanted pregnancy. Each 10 minutes a girl dies in worldwide.

These cases are occurring in different parts of the country, including 2,616 cases were founded in Punjab, 638 in Sindh, 207 in Balochistan, 167 in Islamabad and 133 in Khyber Pakhtunka. Mostly the cases are happening in rural areas as 76 percent and 26 percent cases were reported in urban areas. Beside this nearly 112 cases of child marriage occurred. The government should make strict rules to protect the girl children, who are living a horrible life.

These cases have been reported in many newspapers to highlight things growing issue. The children at the age of 0-5, 6-10 and 11-16 years’ children are being the victim of it. These data have shown that sexual abuse is occurring in various part of the country and it can occur   at any times. The data have shown that 44 percent cases of sexual assault are taking place in enclosed areas whereas 21 percent cases happen in open places.

According to urban-rural areas divide that 74 percent cases were found from rural areas where nothing is available for their protection. It is very common there and the cases are occurring in open places. But the situation in cities are better than rural areas, still 26 percent cases are taking place. From these whole cases only 68 percent cases are being registered by police, otherwise police reject to register such cases. Due to this the criminals are safe and doing whatever they want, as they are free to do anything. Even though sometimes police are involved  in these cases.

Apart from this, some cases are increasing, but some cases have decreased as well. In 2015, the abduction cases were decreased by 24 percent from 1,831 cases in 2014 to 1,386 cases reported in 2015. Every day on average of four children are being abducted. The abducted children are being used for sexual abuse or for the ransom and some children never return to their homes and only their dead bodies are seen.

Girls child are asset of our nation so how can we allow other to destroy the future of our nation? It is the responsibility of the entire nation not only the government to raise healthy children and respect them. The small children are facing some major problems including child labour, physical, sexual and verbal abuse. But the most dangerous issue is sexual abuse which is only destroying the small kids.

Each year nearly 4,000 cases of girls’ child sexual abuse are reported, it means leave the other major issues only sexual abuse is killing the small children. If we include other major issues, then girls are totally damaged in our country. The government be should ashamed, seeing the conditions of children, dying every day. Still nothing is done for their protection and have let them to suffer and die. It means there is no need to celebrate the International Day of Girls Child in our country.

Published in The Balochistan Point on October 9, 2018