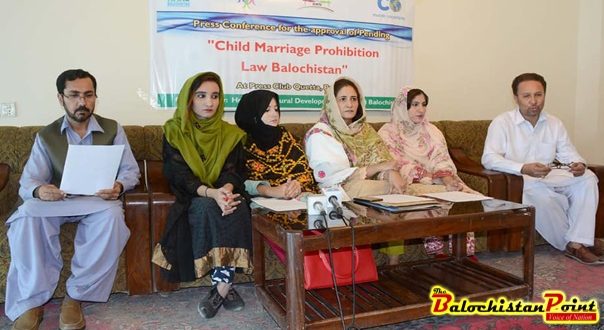 Addressing a joint news conference on Friday the social workers Sana Durrani, Abdul Sattar Baloch, Gul Khan Naseer, Zia Baloch, Rubina and Rizwan said that they had launched a collective activities on child marriages in Balochistan in which Provincial Ministers, Media and Concern Departments’ officials had participated and lauded the initiative.

They said that the legislators in last government pledged to introduce legislation on child marriages, however, due to end of their tenure the bill the bill could not be approved.

The leaders from NGOs said that the province’s women harassment bill was passed back in 2016 but the appointment of a judge following the bill is yet to be taken place.

Published in The Balochistan Point on October 6, 2018