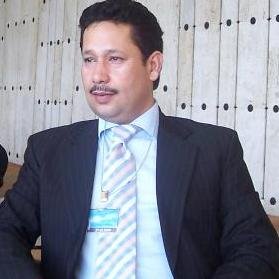 BALOCHISTAN, Pakistan’s energy basket, has been undergoing a decades-long armed conflict with the central government.

In fact, it is these conflicts along with institutionalised corruption and wrong priorities in Pakistan’s oppressed province that are the major cause of depriving a huge percentage of children access to school.

Though rarely highlighted or even acknow­ledged by the centre, the secondary school enrolment rates in Balochistan are about a third lower than the figures for the elite province of Punjab.

While the current phase of the Balochistan-Islamabad conflict is often cited as an obstacle to public services, it is increasingly becoming apparent that generations in Balochistan have been systemically ignored. Most crucially, corruption, lack of accountability, flawed priorities and lack of visionary leadership and policies have been institutionalised to prevent wellbeing and development.

The discovery of gas in Dera Bugti was made in the 1950s making the territory of utmost value. It is hard to believe that it would turn out to have appalling development indicators, with perhaps the lowest number of schools and teachers in Pakistan.

In 1950, Islamabad supplied Balochistan gas to most parts of Punjab that helped the latter develop its industry and agriculture. Thousands of large, small and medium-scale industries along with fertiliser industries in Punjab are dependent on gas from Balochistan and Sindh.

Baloch youth have had virtually no access to education.

Until 1960, the per capita income in Balochistan was higher than that in Punjab. But today Balochistan has the highest poverty rates. Educational inadequacy, either as a symptom or a corollary of the extreme poverty in Balochistan, is tragically apparent, with little access to learning for the youth. Poor access to education and training, particularly in areas where the conflict is endemic and persisting, leads many youth to at least a state of idleness if not more.

Compared to hundreds of polytechnics, computer science and women’s vocational institutes, and commercial and law colleges in Punjab, Balochistan has only nine such centres, all poorly developed and in urban areas. Hence, rural Baloch youth are deprived of practical education.

In fact, the only development Balochistan witnessed during the Musharraf regime was a 62pc rise in the number of police stations.

Even if a concerted effort does begin to put in learning institutions the masses of children missing out on education today, present statistics show that millions of Baloch youth have already lost out.

A UN report some years ago, focusing on youth in conflict, revealed that conflict-affected countries faced a double-edged challenge. On the one hand, these youth are no longer considered for formal education interventions. On the other, they have missed out on valuable years of education during conflict and as such, are not seen by employers as an economically viable generation. The result of such attitudes can be the creation of a lost generation. When youth are denied opportunities, frustration and lack of options can boil over into violence and crime.

Unfortunately, these youth are generally seen as a group predisposed to violence and illegal activity rather than as a valuable source of development. If the same view is taken by the government, then this conflict-affected generation is seen as a dangerous, destabilising force. The policy towards Baloch youth is primarily reactionary with student organisations and parties often looked upon as anti-state. Efforts are focused on crushing a strata of Baloch youth while redirecting the energies of many among them towards jihad and the militant version of Islam.

Even recent attempts by pro-educationist Baloch have been hampered by the security forces. English-language centres, private schools and literary societies are receiving constant threats from newly created religious outfits that often enough draw their ‘legitimacy’ from Islamabad and the non-Baloch security apparatus.

The writer is a former senator.

Published in The Balochistan Point on November 18, 2014

2014-11-18
Editor
Previous: Obstacles in the way of improving education, health and law and order should be removed: Dr Abdul Malik
Next: Balochistan Dentists Federation Protests Against Non-Payment Of Stipend