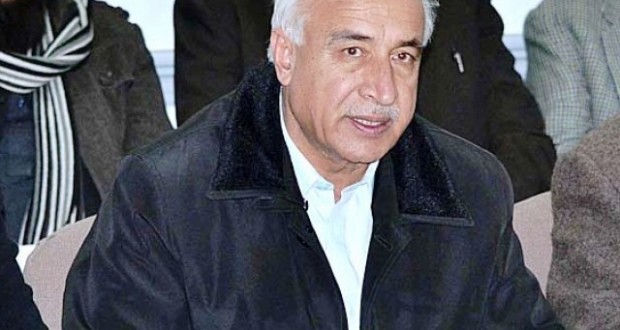 Obstacles in the way of improving education, health and law and order should be removed: Dr Abdul Malik

QUETTA: Chief Minister Balochistan, has said that obstacles in the way of improving education, health and law and order should be removed forthwith as no delay and any pretext would be tolerated in implementation of decisions and projects started for the welfare and prosperity of masses.

He stated this while chairing a meeting to review implementation of different projects at Chief Minister’s Secretariat, here on Monday.

In the meeting, Chief Minister sought reports of provision of vehicles and other necessary facilities to local administrations, holding of local bodies election, giving status of university to Bolan Medical College, set up of Board of Intermediate and Secondary Education in Turbat, Khuzar and Loralai, filling the vacant posts laying in different provincial departments and implementation of policy to decentralizing powers in health department.

Chief Minister expressed his resentment over delay in construction of divisional educational enclave and directed authorities concerned for early completion of next phase of local bodies’ elections.

He directed for the promotion of doctors holding FCPS degree and filling vacant post of lecturers in education department through Public Service Commission after going through advertising proces. Vacant posts of other departments should be advertized immediately and appoints should be made through NTS, he directed.

Mr. Baloch directed that all hurdles should be removed in delaying the set-up of Board of Intermediate and Secondary Education, adding that no justification would be accepted if any delay was made in implementation of decisions and timely completion of the projects. He also directed authorities concerned to ensure implementation of decisions and oversee projects continuously so that they could be completed at their stipulated period and masses were given relief.

Published in The Balochistan Point on November 17, 2014

2014-11-17
admin
Previous: Issue Of Local Certificates In Mastung Disrupted Due To Negligence Of Bureaucracy
Next: Lost Generation