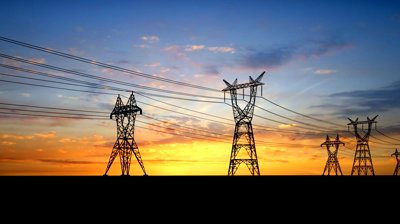 For last two weeks there has been 18-19 hours load shedding in Makran division. The power outrage begins from 11am-4a or 5am. There is just 5-6 hours availability of electricity in 24 hours.

Some sources say that QESCO has not paid the yearly amount to Iran government which has caused the power shutdown; however, some call it a pressure from QESCO to the customers for on time bills payment.

Now no electricity has created number of hurdles.  The unscheduled power shortage in Makran region is disturbing the daily lives of the people in. There is no any government official to bother and ask the QESCO authority. There have been many protested recorded by the region of Turbat and around people against the unscheduled load shedding but so far no good response from WAPADA authorities.

Female journalist from Gwadar, Mariyam Suleman twitted about the issue:

Current development in #Makran with #CPEC – Entire #Makran – #Panjgur #Turbat & #Gwadar suffer with very limited electricity supply – 10 hours in first half of this week and now to only THREE HOURS A DAY!

Loads shedding is not a new issue in Pakistan but that’s not fair at all for 18-20 hours long  every day which is totally unacceptable especially at a place like Turbat which is always extreme hot in Summer (Above 45C).

Traders union & civil society held a joint rally against the load shedding on last Thursday where they demanded District Commissioner of Kech the transfer of the XEN WAPADA and the loads shedding issue should be tackle down as soon as possible.
On other seasons everyday there would be loads shedding in Makran region but in summer there would be too much load shedding when March month begins which is the end of the normal weather and beginning of the hot weather.

Social media user   from Turbat, Nawaz Qadir who is a businessman he wrote on his twitter

“We the people of Makuran division are living a horrible life without electricity for past several days… Can someone please tell me it’s whose responsibility to provide basic facilities to it’s people?? If it’s State’s responsibility then where it is? #Qesco”

Hope this mega curruption amount would be enough to pay #Iran Government & restore #Makran electricty which is cuts off for last 15 days due to non payment by #Pakistan govt.#Balochistan#Gwadar#Turbat#Panjgur#CPEC@ShafiNaqiJamie@sakhtarmengal@HamidMirPAK pic.twitter.com/F4lYDAiuut

Shoaib Durrazai who is a journalist and social activist from Kech, he wrote on his twitter After 13 days passed still the electricity of Makran (Turbat, Panjgoor, Gwadar & Ormara) could not recover  according to WAPDA  authorities the power is shut down by Iran. Then Iran government should be asked about this matter? Who does take the taxes of Makran Pakistan or Iran?

Media in Pakistan also failed to highlight this critical hurdle as usual.

The responsible authorities need to act promptly and tackle down this very serious matter and let the people of Makran to live prosperous lives.

Published in The Balochistan Point on July 14, 2018