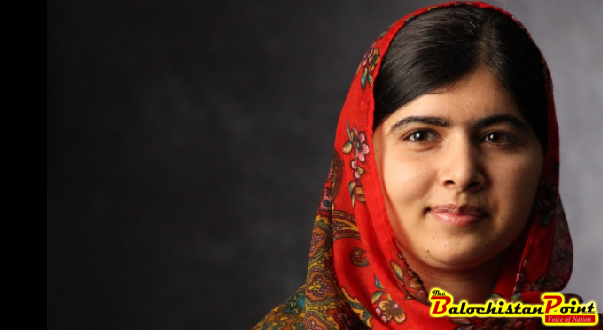 A week ago Malala Yousafzai has started her education career at Oxford University, London. Her tweet showed a picture of her laptop and selection of books on logic. The tweet was liked by more than 666,000 well-wishers within an hour.

Malala Yousafzai is an inspirational girl that works for the cause of female education throughout the world. She has been visited to number of states to propagate her cause. In this prospect she has also established Malala fund to materialize her dream.

In the case of Malala Yousafzai, people are equally divided between those who like and dislike her. Those who disdain Malala are not concerned with her cause that she disseminates. Contrast to it, they are residing in perpetual jealousy to Malala and her activities.

Recently, one of her picture where she had dressed in black jeans, jacket and T-shirt followed by a shawl on her head became viral on social media. This picture of Malala was criticized by the people of different circles. Some people joked and compared her to adult film star Mia Khalifa. Some others feel satisfied that their prophecies regarding Malala are becoming true.

The photo that is not yet verified either ‘she is Malala’ or ‘not’ but still it is contributing well to defame her personality in myriad ways. Suppose she is Malala Yousafzai! So then what is wrong with wearing this westernized outfit?

One, before wearing this westernized outfit, an arch section of Pakistani society was against Malala Yousafzai. She was entitled as ‘western agent’. Her shooting at the head by Taliban was labeled as ‘drama’. In fact, one thing must be clear that before being dressed in jeans and T-shirt, she remained subjected to abomination in Pakistani society. Now, the same class is engaged in dissipating the Malala picture to create contempt of Malala.

Two, Malala Yousafzai is an icon of inspiration and change. She works for the distortion of status quo. Shattering of status quo on the part of Malala has earned much jealousy to her by power elites. The power elites are against her because they are jealous of her position. Consequently, they are looking at every action of Malala through the prism of ‘social conservatism’ and ‘eastern societal traits’. What about these elites when they visit western countries? Do they dress their cultural clothes or three –piece?

Three, jeans and T-shirts are being worn by Pakistani girls in various universities of Islamabad, Karachi and Lahore etc. It’s something normal to see girls dressed in westernized outfits in Pakistan. Here the question rises that why so many hue and cries is created on Malala’s outfit.

Four, the ambassador of peace shattered the tribal fixations that women cannot go outside her home. She practically manifested that women equally have the capability to work outside home. By this way, she challenged the tribal conservatism. All those who are stick to the principles of tribal cultural sanctity started defaming Malala through the channel of wearing western dress and entitling her the agent of the west.

Five, most the Pakistani diasporas dwelling in the western world are using the same western dress. None of the Pakistani (picture) dressed in westernized outfit became so much viral as that of Malala’s one. How could we manage the hypocritical attitude of our society? Moreover, almost all Pakistani girls admitted in Oxford University use the westernized outfits. Why there is only space for Malala to criticize?

Six, narrowing down the debate to our own particular geographical expression where we live, the same example can be suited well. In the metropolitan cities of Pakistan, the young Pakistanis, move for favoring the western brands in every walk of life. If Malala is criticized then why we don’t think about utilization of western products and commercials by Pakistanis in our own land?

Most importantly, the prospect of using western commodity and dress is not so huge problem in the global world. The contemporary world is connected through varied channels by shaping it as a ‘Global Village’. In the global village we have only single agenda to propagate our cause through the help of ‘soft power’. All those states, organizations, non-state actors and communities that are stick to exercise the ‘hard power’ are being criticized at international forum. Contrast to it, Malala is using soft power to dissipate the cause of voiceless children, humanity, and girls’ education etc.

So, it is better to shape the narrative of our thinking by looking at the cause rather than that of developing hatred by focusing on the exoteric exposition of face, clothes and styles. By this way, one can understand the philanthropy of Malala Yousafzai.

Published in The Balochistan Point on October 17, 2017