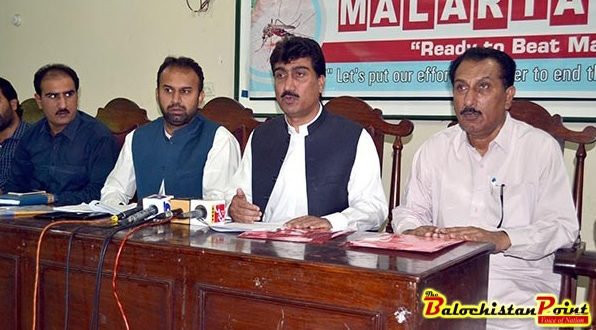 QUETTA: Provincial director Malaria Control Program Dr. Kamalan Gichki has revealed that up to 7000 children are being indulged with Malaria in Balochistan annually.

Speaking to the journalists on Tuesday on World Malaria Day, Dr Kamalan Gichki, the director of the Balochistan Malaria Control, said 7,000 children are being infected by the disease in the province, annually.

“Up to 1.6 million people in Pakistan are affected by malaria annually, while many have died as well due to this diseases. In Balochistan, two deaths have been reported due to the malaria outbreak in six months,” he added.

According to the doctor, there has been an alarming rise in malaria cases in Balochistan. In 2016, at least 53,000 cases were reported while the number increased to 75,000 for the year 2017.

Increasing at a rate of seven percent, the disease has speared to 29 of the 34 districts of Balochistan.

Dr Kamalan Gichki  added that the provincial health department was adopting all necessary measures to halt the spread of the disease.” There are five types of Parasite Plasmodium causing Malaria among our people specially children born before the completing nine months.” Dr said.

Published in The Balochistan Point on April 26, 2018