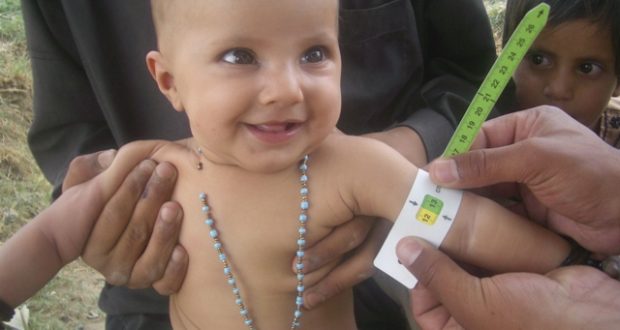 Suffering is synonymous with the people of Balochistan, as are disasters. They come in the form of the wrath of nature, or at the hands of human beings.

The lack of planning for disaster risk reduction or emergency-based support reflects the disinterest of authorities. It seems as if the functionaries are only concerned with the region’s resources, not its inhabitants.

The monsoon and floods of 2011 not only caused loss of agriculture and livestock, but many a life was also lost, leaving the local population in a state of shock. Thousands of people became internally displaced. While the torrential rains are long over, their impact is still too strong. The impact of the floods is writ large on the faces of women and children.

In February 2012, the United Nations and Pakistan appealed for additional an 440 million dollars for flood affected-areas of Sindh and Balochistan.

The monsoon flood and rainfall in 2011 also caused great disasters in Kalat. The rains washed away thousands of houses or partially damaged them, disrupting life for a large portion of the population. Forty-five per cent of the population in Kalat was struck, where rains severely devastated 145 villages. The rains also played wreaked havoc on livestock, agriculture, and infrastructure. Women and children were left suffering from extreme malnutrition. Pregnant women and children received inadequate food. For the children, it was worse.

A non-governmental organisation, the Human Prosperity Organization (HPO) implemented the project of Community Management of Acute Malnutrition (CMAM) in six union councils (UC) of Kalat district. This March, in partnership with the World Food Program (WFP), the project provided food assistance to flood-affected families especially to improve the nutritional status of moderately malnourished mothers and children through the public health system. This project also included static and mobile facilities at community locations, with the aim of stabilising and improving the nutritional status of malnourished pregnant and lactating women, as well as children between the ages of six to 59 months in flood-affected areas.

The provision of food to the poor and acute malnourished children and women has proved to be prolific and an improvement can be seen in the health of the registered beneficiaries. Project coordinator for the CMAM program, Mujeeb, says that in the flood affected areas thousands of malnourished children and women have been registered, but due to the limited quantity of commodities they have been to facilitate everyone.

It is need of the time to initiate such projects to overcome hunger and the catastrophic impact of disasters in Balochistan. Thousands of affected people need to be facilitated in health, education, agriculture and livestock and while international and national NGOs play a significant role in addressing such issues, there is a dire need for the provincial government to do the needful.

While the flood by now seems to be a part of the history, the impact it has left behind will remain there for coming years. The contribution of non-governmental organisations helped reduce the chances of a bigger humanitarian crisis in Balochistan during the floods. Yet, they still have to play a more proactive role in flood-affected districts of Kalat, Khuzdar, Naseerabd, Sibi, and Jaferabbd and in other parts of Balochistan .

This article was first published on the Baloch Hal.

Published in The Balochistan Point on July 20, 2012