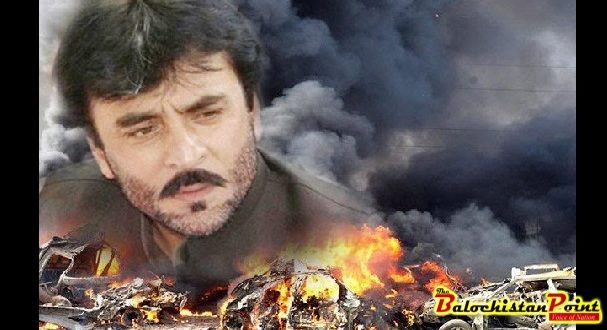 Mastung: Siraj Raisani, BAP candidate among 128 others killed and over 200 injured in a blast

MASTUNG: Nawabzada Siraj Raisani, BAP (Balochistan Awami Party) candidate along with 128 others have been killed, and over 200 others injured in a suicide blast in Dareengarh area of Mastung during party’s election rally.

It is the third attack of its kind during recent electoral campaigns targeting candidates in different parts of the country. This morning, at least four were killed and 35 injured in Bannu, KPK during Akram Durrani’s MMA (Mutahida-Majlis-e-Ama) election rally.

Published in The Balochistan Point on July 13, 2018