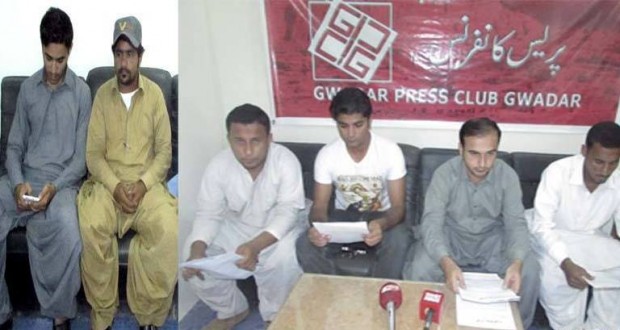 Mega corruption in Gwadar: Salaries paid to Workers of a Technical Institution without its existence

Gwadar: The Gwadar Youth Forum in its press conferences has termed Small Industries Wing of Makran a great example of mega scandals which only exist in the paper works of the government.

A press conference was held by Gwadar Youth Forum to expose corruption in Gwadar. According to the claims of Gwadar Youth Forum, A wing of small industries department was approved for Gwadar due to efforts of former minister for industries Syed Ehsaan Shah. As of this moment the wind doesn’t exist physically but all expenses related to it are being drawn out from provincial exchequer.

Gwadar Youth Forum added, in the government documents, the Small Industries Wing has not only provided employment opportunities to a number of people but it has also been providing technical trainings. In addition to that Small industries wing is also paying monthly stipends as scholarships to innumerable students of Gwadar. In reality neither any kind of technical institution, nor any sort of scholarships have been provided by the said department, claimed Gwadar Youth Forum.

Another bitter fact relating to this matter is that the ghost employees of Small Industries Wing, who are receiving salaries, while sitting at home, don’t even belong to the Gwadar District. So, an institute that is supposed to benefit people of Gwadar is only benefitting the outsiders due to the prevalent corruption.

Corruption of millions of rupees through the non-existent technical center exemplifies a huge scandal. Even after being aware of the situation, the Chief Minister has failed to take any kind of action against the people involved in the Small Industries Wing scandal. This, perhaps, affirms the belief of people of Gwadar that Chief Minister patronizes the corruption in Small Industries Wing.

The present government has also been involved in providing employment to innumerable individuals with political approach and through unfair means. Some great examples are the recruitment of one of the workers of a political party as the Assistant Director of the non-existent technical center and the recruitment of brother of a senior politician in the newly established GDA (Gwadar Development Authority) Hospital.  A well known firm from Karachi offered to run the GDA hospital of Gwadar but due to the politics being involved, people of Gwadar will have to be deprived of the only opportunity of health care facility.

Gwadar Youth Forum opposes the mega scandals and also announces to start a campaign against the responsible authorities. They also demanded from the government to take serious actions against the elements involved in the Small Industries Wing corruption and emphasized the government to make the wing functional and provide employment opportunities to the locals. GDA hospital should be conferred to a firm that can provide excellent health care facilities to the deprived people of Gwadar.

Published in The Balochistan Point on September 17, 2014.

2014-09-17
Editor
Previous: In the Crosshairs
Next: NADRA officer confesses to have issued illegal CNICs to afghan immigrants