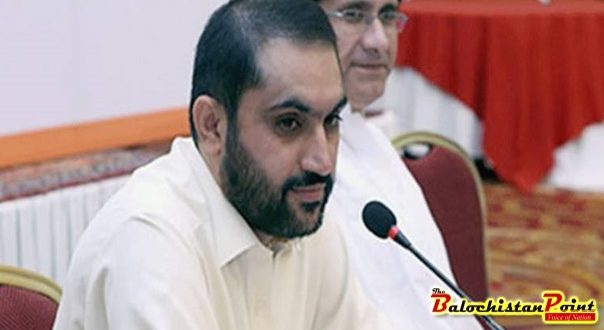 QUETTA: Mir Abdul Qudoos Bizenjo was elected as next Chief Minister of Balochistan on Saturday after Sanaullah Zehri stepped down ahead of a no-confidence motion against him.

Qudoos Bizenjo a member of the Pakistan Muslim League-Quaid (PML-Q), was voted as the third chief minister of Balochistan in four years in a session of the provincial assembly.

Former deputy speaker of Balochistan Assembly bagged 41 votes out of 54 votes cast to become third chief minister in four years. Pakhtunkhwa Milli Awami Party’s (PkMAP) Agha Syed Liaqat Ali was the only contestant against Bizenjo after Abdul Rahim Khan Ziaratwal of PkMAP party stepped down in his favour. Bizenjo won over 41 votes of the 54 votes cast while Agha received only 13 votes. In a house of 65 members, at least 33 votes are required to elect the CM.

The newly-elected CM and his 14-member cabinet were administered the oath by Balochistan Governor Muhammad Khan Achakzai.

Speaking to media reporters, Bizenjo said that he would come up to the expectations of the parties who had expressed their confidence in him. He added that  he  would reach out to all political parties, including PkMAP and NP for parliamentary consultation and we would  try to resolve issues in Balochistan by keeping everyone together.

Published in The Balochistan Point on January 13, 2018

2018-01-14
admin
Previous: Let’s raise voice against the brutal incident took place in Kasur
Next: A glance at Balochi films production