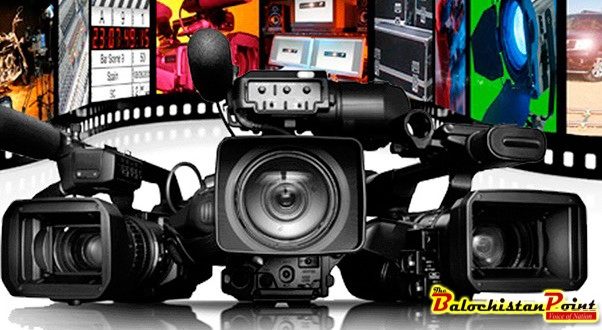 A glance at Balochi films production

Filmmaking is a visual medium to show the culture, tradition, life style, and hurdles of a society or in general of a nation. Cinema plays the role of a mirror in a society. It gives social, political and economic awareness. Cinema has always been a source of entertainment. Through films a nation or a state can promote her language, talent of youth and grow economically. But for Baloch film makers it is still a long way. Besides there are various factors such as absence of filmmaking workshops, filmmaking equipment and more importantly a film industry. Yet due to the lack of above mentioned facilities still the Baloch filmmakers are working incessantly to fill the unoccupied gap.

In 1976 first ever Balochi film Hammal o Mahganj was produced by renowned Anwar Iqbal Baloch. It could not get released due to some controversies. There are many industrious filmmakers in the shape of Anwar Ghulam, Fazal Hayat, Rashid Hassan, Saeed Shad, Tariq Murad, Waqar Baluch, Sharif Bewas, Zakir Sheran, Doctor Hanif Shareef and Jaan Albalushi who are the role models for emerging filmmakers.

Doctor Hanif Shareef is a true source of inspiration in the field of filmmaking. He is a versatile filmmaker and has worked on many films. He has given a new look to Balochi films. Baluchistan Hotel and Balach are his most loved and acclaimed movies in the Baloch Community.

Jaan Albalushi is another multi-skilled guy. He is the producer of Zaraab -a newly released Balochi feature film. Jaan has the credit to release the first ever Balochi film in cinema.

In addition “Jawar” a short film by Ahsan Shah, Karachi based Baloch filmmaker won the first prize in Bahrain International Youth Creativity Award 2016. Another superb movie Lyari- a prison without wall has been filmed by Nazeen Baluch and screened recently in Karachi.

Female actress are also contributing to balochi films. There amenable to work has given a new life to films. Mahleka Baluch is a real example. Her character in a short film Guli by Imran Saqib is speechless. Fatima Baluch is also an unforgettable face in Balochi film. Her Character in Math which was filmed by Anwar Ghulam is noteworthy.

Moreover there are zealous and competent youth who are doing their best in filmmaking like Noor Hussain Kamal, Kamalan Beebagar, Anwar Shah, Zakir Daad, Rehmat Ghulam, Zakir Dad, Shakir Shad, Adeel Wali Raees,  Saddam Zaheer and many more. Institutions like Baloch Club Bahrain are needs of time; no doubt BCB has been supportive to native filmmakers in the premierships of their features since its inception. We should have to promote the culture of filmmaking in Baloch community. Work effectively with collaboration to assist the Balochi language. Make more and more short films in Balochi with English subtitles and submit them to various online international film festivals. Hope in coming years more feature films will be released in cinema.

Writer is a student M.sc Chemistry from GC University Lahore.

Published in The Balochistan Point on January 13, 2018