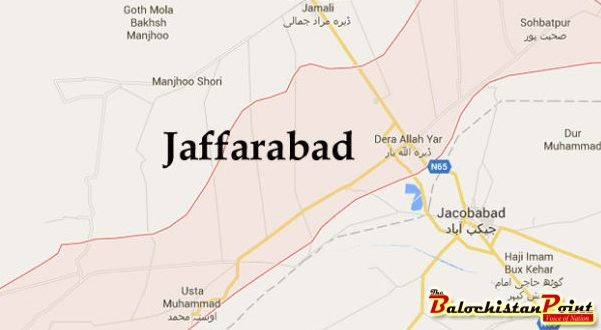 Miserable State of Education in Jaffarabad

Jaffarabad, a district in green-belt of Balochistan was named in 2002 when it was separated from Nasirabad district. It was emancipated with the motif of providing the best education system with the easier approach by district education managers. Articulating the state of education in district Jaffarabad based on the report “Jaffarabad Education District Plan 2016-17 to 2020-21” by Balochistan Education Sector Plan.

In recent times the total of 572 schools is operated in the entire district which comprises of rural and urban areas. In opposition to 503 primary schools there are 44 middle, 23 secondary and merely 2 are higher secondary schools. The revelation of the report may be exposing the good education within the district but it is cynical.

After the appraisal of population and area of district Jaffarabad, this is claimed that the population density is 250 persons per square kilometer. However, education is a life-saving drug but the people have made it a matter of face-saving. Jaffarabad is facing hardships of quality education. The education within the district cannot be ranked good in practical observation. To fill that void of education there may be need of annual budget in excess but there is need of awareness and trained officials and teachers especially.

The lack of quality education within the district has many reasons: lack of consciousness, work priority and some others. The major reason are weak management and monitoring mechanism in the entire district. In early years teachers had been appointed by the source of recommendations and supremacy of feudal men or their relative officer within the district.

Majority of girls are out of the school. Their families are strictly bounded by their handmade worse beliefs of girls education. Some non-government authorities are on the way to provide excellence in education and petty education materials. They are also on the path to support teachers and train them for the arena of spreading and educating the students. They have taken the responsibilities to educate everyone. They have faced hundreds of threats but their perseverance cannot be shaken.

Those people who have proved themselves in the competitive examination in education area is now turn for them to take every student on the path to success. But it is sad to say that a bizarre type of apathy is found in them because they are merely enjoying their salary packages at the high post, ignoring their responsibilities. If the pace in spreading educational movements and providing excellence will not be increased, we will not touch the fruitful success either this nation will suffer the obscurity of generation of morons. It will be better if government officials keep check and balance and balance of every individual teacher and visit the office of every gazzeted officer in education within the district and check management triggering to reveal further planning and procedures for tackling education related challenge.

Published in The Balochistan Point on April 25, 2018

Disclaimer: Views expressed in this blog are those of the author and The Balochistan Point not necessarily agrees with them.