ISLAMABAD: Mishal Pakistan shared the research findings on “Portrayal of Police Services in the Electronic Media” held at the National Press Club today. The workshop was attended by journalists and media professionals from the leading organizations.

The initiative was organized by Mishal Pakistan in collaboration with the Police Awam Saath Saath Program. Prof. Zafar Iqbal, renowned academic with a background in Pakistan Police Services, led the research and presented the findings. The workshop also featured a detailed presentation of the research recommendations and findings, followed by an interactive session moderated by Tanzeela Mazhar, General Secretary for South Asian Women in Media, and a seasoned journalist. Mishal as the country partner of the World Economic Forum (WEF) also works to improve Pakistan’s rankings on the Global Competitiveness Report and the Global Human Capital Report of the WEF. Pakistan currently ranks at 115 among 138 countries, as compared to at 122 in 2016. The Report also indicates reliability of police services in Pakistan ranks at 116 among 137 economies.

Dr. Zafar Iqbal presented his findings about media’s portrayal of the police services and said, “On the other hand, police yet could not develop as an institution of national stature with its provincial franchises. Police should establish a central abode to converge its efforts for public outreach and accessibility for perception management at the national and sub-national levels”.

He further added, “There lies problems at both ends – media as well as the police administration. Media approaches to police on incidents mostly, and the police management is rather reactive and shies away by not sharing the information accordingly”.

Senior Superintendent of Police (SSP), Islamabad Traffic Police, Farrukh Rasheed said, “the Police Services of Pakistan is the apex body to maintain rule of law in the country, however police requires cooperation from the citizens as well, to improve the efficacy of the services in the society”. He further said, “It is joint responsibilities of the institutions and the citizens to make sure we proposer and secure the future of our next generations together”.

The research identifies that operational officers from Police Departments mostly encounter media and journalists in case of any serious incidents, where they are mostly placed as an accountable figure on the issue. This indicates a serious lack of constant media engagement on issues of significance on part of the police department. A central office for managing media and public perceptions becomes inevitable. Social and alternate media are rarely used by the police department for its image building.

The recommendations of the research state that necessary steps need to be initiated to play up the heroic and epic stories of police officers across the country. Sindh police department’s image in particular is badly tarnished by the negative reporting of local channels in regional languages. Problem areas need to be identified and image building strategy be devised to avoid further damage and ameliorate the worsening situation. Police in Punjab also needs rebuilding and improving its image by mitigating the impressions of police as a tool of political forces of the system.

It was also concluded by the participants that lack of media training and understanding on the ethical dimensions of journalism has been considered a primary reason for misreporting on Police related issues in the country as well. This poor state of affairs, however, has never been researched or documented in Pakistan.

The PASS campaign aims to affect real improvements in police effectiveness by stimulating bottom-up pressure for reforms & providing a public platform to debate & discuss challenges and constraints faced by the police. “PASS is working to promote greater cooperation between citizens, police and policy makers while building greater understanding of the constraints under which the police operates in an effort to generate debate on necessary reforms and building greater citizen police cooperation which is essential for effective law enforcement,” said Sehar Tariq, the Country Representative of PASS.

Tanzeela Mazhar, while moderating the session, shared her views with the participants saying, “While it is important to know that Police services are dynamic and multi-pronged, media’s core responsibility remains to create a mechanism of accountability in the society, and inform their readers and viewers with as many as aspect of a subject that can empower to make informed decisions.”

Published in The Balochistan Point on July 17, 2018 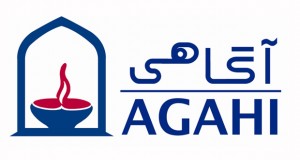