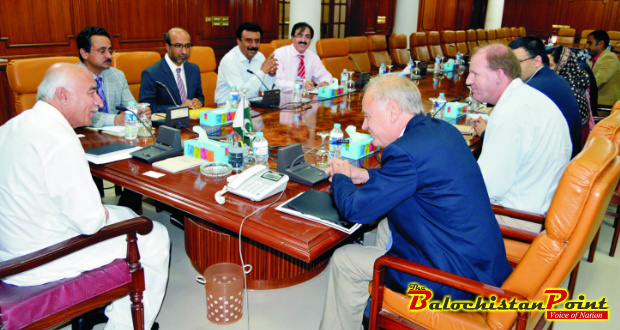 Quetta: Chief Minister (CM) Balochistan Dr. Abdul Malik Baloch has said that his government is making its utmost efforts to make the Balochistan polio free province. The focus in coming campaigns will be on Killa Abdullah, Pishin and parts of Quetta district where challenges are serious in carrying out successful anti-polio campaigns.

Chief Secretary Balochistan Saifullah Chatta and Secretary Health Noor ul Haq Baloch deliberated about the recent campaigns in Balochistan and challenges. The delegation praised and applauded the performance of the province and also said security was adequate during the last campaign with hundred percent deployment.

Dr. Abdul Malik Baloch has said it is good to hear that there has been a significant improvement in vaccinating children during the anti-polio drive held in September. “My government right from the first day has committed to improve the law and order situation, health and education in Balochistan,” he said.

CM said that Chief Secretary and Health Secretary have been instructed to be fully engaged in providing better healthcare facilities to the people of Balochistan and ensure that our children are vaccinated against the preventable diseases.

After the briefing, Chief Minister said it is essential to pay more attention on Quetta, Pishin and Killa Abdullah where challenges are serious. “The next polio campaign in October will be better, more effective and organized,” Chief Minister assured the head of partner agencies.

He said his government along with the partner agencies will ensure that every child in the province is vaccinated against the crippling polio virus and makes the Balochistan polio free before other provinces. “In this 21st century, we have to ensure that our children are protected from preventable diseases, to say the least.”

Chief Minister said international community should know that law and order situation in Balochistan has been significantly improved despite serious challenges. “The province is now more peaceful than before. We have enough educated female and male workers in the province. The perception that we lack educated female is totally wrong.”

Chief Secretary informed the meeting that the power of transferring DHOs in Killa Abdullah, Quetta and Pishin has been handed over to Secretary Health.