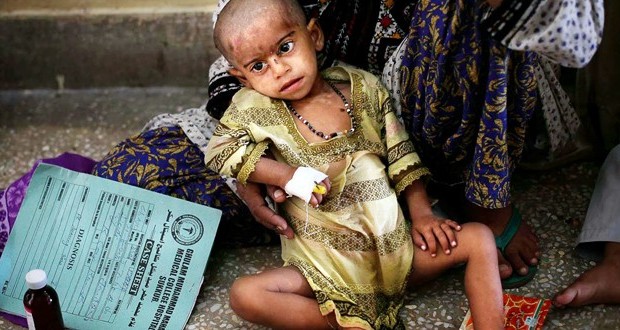 QUETTA:  Mortality rate of the under-five age group children in Balochistan is alarming and therefore parents should be mindful of vaccinating their children against nine major diseases as a large number of children each year of preventable diseases in the province.

This was told by the Arshad Hussian Bugti Secretary Health Balochsitan during a seminar jointly organized by the provincial Expended Programme on Immunization and Save the Children Balochistan programme to celebrate World Immunization Week 2014.

He said that lack of knowledge about vaccination is one of the most important causes, adding that parent who do not have access to right information regarding vaccination are usually reluctant and hesitate to get their children vaccinated. “Resultantly, hundreds of children die each year by the preventable diseases whose vaccination are available,” he said.

Therefore, he said,  EPI has arranged awareness raising programme at district level to make people aware on vaccination. “During this campaign those children will be targeted who have completed their vaccination, he said and added that they will be administered the remaining dosages of the vaccination to complete their immunization course.

Documentary was developed Provincial in collaboration by the Expended Programme on Immunization and Save the Children Pakistan programme.

Nadeem Shahid, Manager Advocacy & Campaign Save the Children in Balochsitan urged the provincial government to allocate budget for provincial EPI programme and to appoint two vaccinators at union council level in Balochistan. Furthermore, he emphasized that number of female vaccinator must be increased to enhance the coverage of routine immunization.