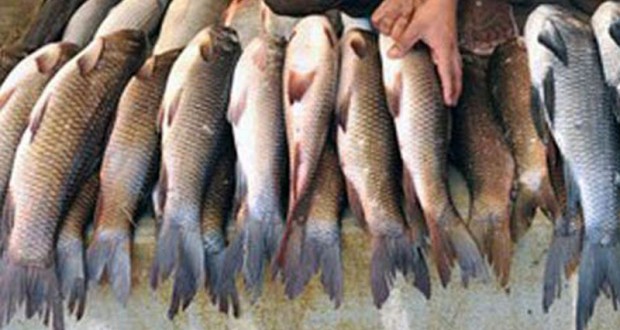 QUETTA: The dwindling ratio of Export of quality fish from Balochistan coast is because of illegal netting as fishermen use Mash net for fishing.

This was pointed out during a round table conference that held Gwadar the other day on the subject of “Issues in Fisheries and Coastal Area Development in Balochistan, organized by Chief Minister’s Policy Reform Unit, Strengthening Participatory Federalism and Decentralization Project UNDP in collaboration with Fisheries Department Government of Balochistan.

The round table conference aimed at the improving the life standards of the people linked with the fisheries, living at coastal areas and bringing to fore their issues.

All participants appreciated the efforts taken by Chief Minter’s Policy Reform Unit and UNDP for conducting such consultative conference. All the concerned stake holders were ensured participation to elaborate the issues facing a common fisherman and the problems found in the coastal belt.

Speaking on the occasion, the representatives of the fishermen said that in fisheries sector, unavailability of clean drinking water, missing facilities of boats, no proper cooling system, lack of innovative and modern equipment’s, untrained and non-skilled labour, illegal smuggling of Iranian oil are some major problems which create hurdles for the fishermen. “But, on the top of all and alarming issues is illegal trolling in the coastal waters,” they said, adding that such illegal practices are very dangerous for the overall marine ecosystem and create obstruction for the overall business of a common fisherman.

On the occasion Chairman Gwadar Port Mr. Dostain Khan Jamaldini said that the dwindling ratio of Export of quality fish is because of illegal netting as fishermen use Mash net for fishing.

“This practice should be abolished,” he said and added that government is committed to provide all facilities in the fish harbor. He said there is need to adopt new and modern techniques for the processing, storing, packing and transporting the sea food. He also urged to train the fishermen with modern practicing techniques.

Former provincial minister for GDA Mr. Zahoor Buledi said that that fund release from provincial government is very slow and stressed that it should be sped up because fisheries sector is very lucrative business but missing facilities in Jetties and harbor, inter-connected road networks should be constructed on immediate basis. He said that Fishermen should be declared a Labour and the labour laws and international conventions should be followed in this sector.

Director General GDA, Dr. Sajjad Hussain Baloch said that social issues shall be discussed with the public concerned and community development would bring positive change to create awareness about the problems and make opportunities available in the coastal areafor fishermen.

He said that Balochistan is enriched in Natural resources and to tap this, GDA is working on construction of two Jetties in Surbunder and Pishukan. “When these jetties will become functional, it will boost up the business of the local fishermen and the residents,” he said and added that private groups shall come forward to invest in the coastal area development, tourism industry which would provide a chance of development to the coastal area.