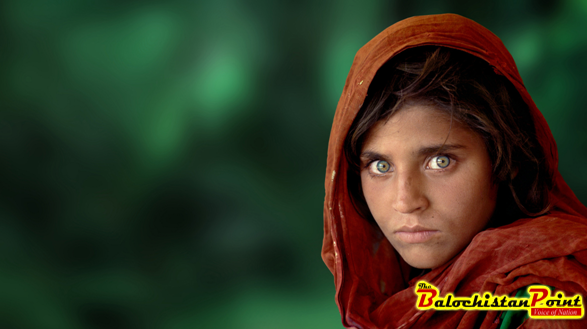 They say one never forgets a face. One face hundreds of millions of people will never forget is that of 12-year-old Sharbat Gula. Captured by National Geographic photographer Steve McCurry in a refugee camp in 1984, her piercing green eyes captivated the world and spotlighted the plight of millions of Afghan refugees in Pakistan who had fled the brutal conflict between Soviet occupying forces and the Afghan mujahidin.

Thirty-two years later, Sharbat is once again in the limelight, but for all the wrong reasons. Pakistan’s Federal Investigation Agency arrested her on Wednesday on charges of possessing a false Pakistani identity document, which carry a penalty of up to 14 years in prison and a fine of up to US$5,000.

But Sharbat is not the only Afghan who has failed to secure official refugee status in Pakistan. Over the years, millions of Afghans have sought shelter in Pakistan as their country became ravaged by conflict. Some 1.5 million Afghans have been given “proof of registration” cards, which protect them from deportation but little else. An estimated 1 million more, who were unable to get even this limited status, have been forced to live in constant fear of arrest and deportation. Many, like Sharbat, have bribed officials to get false identity cards.

But now the Pakistani government is on a mission to rid itself of Sharbat and 2.5 million others like her. Based on a “national action plan” to repatriate all Afghans, the authorities have unleashed the police and made a “concerted push” to coerce registered and unregistered Afghans to return home. And it’s working. Since July 1, 370,000 Afghans have gone home, nearly 220,000 of them registered refugees. Even worse, they are joining more than 1 million internally displaced Afghans who are struggling to survive in a country still wracked by conflict and crushing poverty.

Three decades ago the Pakistani authorities could rightly hold their heads up high as they protected a young girl who captured the world’s attention. Now they are well on their way to shredding their reputation as a generous refugee hosting country. (Courtesy: www.hrw.org)

Published in The Balochistan Point on October 28, 2016