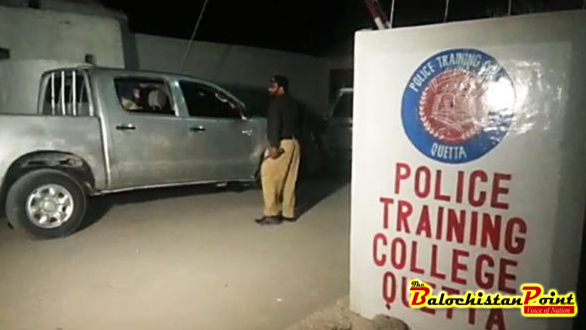 Once again Quetta became the victim of a terror attack. This time the target was Police Training College. 62 people were killed and around 140 wounded.

Once the young cadets had completed their training, they were sent to their home towns but all of a sudden they called back. Now the question rises, why were they called back? Or how could the terrorists again and again succeed in such attempts? The concerned authorities are responsible to answer the raised question.

In past few years Balochistan has experienced violence, target killings and suicide bomb attacks that had killed several people. The concern authorities need to answer. Nearly 14,00 incidents targeting the minority Shia and Hazars communities have taken place in Quetta.

It has been a decade that Quetta has witnessed several terrifying attacks which has brought carnage in Quetta. One amongst those painful attacks occurred in 2013. A hidden bomb killed 110 and more than 200 were injured. The tragedy took place in a market where numerous people including women and children were buying necessary things.

Read also: The bloodshed in Quetta

2016 has unfortunately been the worst year for Quetta. Many attacks have taken place and many people have lost their lives. Earlier in January polio workers were attacked and as a result 20 health workers were killed.

The most painful tragedy of this year took place on 8thAugust, when a generation of lawyers was killed. It is estimated that more than 80 people lost their lives including 63 lawyers. The attack was followed by the killing of former president of Balochistan Bar Association Bilal Anwar who was killed before a day when his dead body was brought into the hospital. After the attack on lawyers, the lawyers protested against the attack. Shops, market and the schools remained closed.

After the attack on Police Training College, our political leaders expressed grief and promised to help the wounded and families of the dead ones. The foremost responsibility of our leaders is to ensure safety to the public not only to grief over situations leading to more untrue promises.

First the health workers then the lawyers and now the young cadets were targeted. These three sectors are among the backbones of the nation, yet they are not safe at their own provincial capital.

We can only hope that someday, our leaders might tighten the security of Quetta and may eliminate terrorism. The aim of terrorists is to destroy entire country, but the government will have to take steps not let anyone to further harm the nation.

Published in The Balochistan Point on October 28, 2016