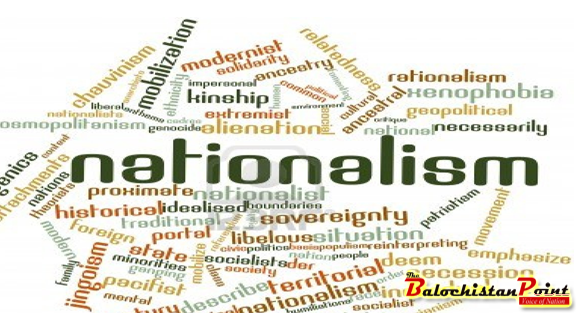 Nationalism and downfall of the Muslims imperialism

The concept of nationalism in the Muslim world is an actuation of economic and political distance among Muslim states. It has widely debilitated firm cooperation, as well fraternity, and brought wide open space regarding cultural and economic relations. Today Muslims have clipped their wings to keep relations with other Muslim states to economic sovereignty because of political distance. The rise of nationalistic narrative in the Muslim world has divorced democracy and oppositely adopted heterodox tradition. This ideology of Muslim countries in the book of brotherhood has triggered disdain and political mileage.

Nationalism muddied the water in the long standing policies of Muslims to the unity. The rise of nationalism in the Muslim world eroded after the downfall of Muslim imperialism. In India Muslims were in minority but ruled over India, surely, they had coalition within Muslims. Owing to nationalism, change occurred in the existential behavior of the Muslim, which blatantly deteriorated to pan Islamism. Although, the distinct history of nationalism was not a sowing seed of Muslims, it is spectacle to everyone that nationalism was the construct of the west. It was revolt against feudal mindsets and the traditional influence, the purpose of western countries was to trigger the ascendancy of their paradigm of ruling. Building nationalism first America and France adopted as they saw rapidly increasing of feudalism and factors of causing economic growth in the west. They frequently adopted national building.

In the wave of nationalism west has promoted conventional paradigm but unfortunately Muslims have practically deviated their cooperation to other Muslim states. Even they have drawn outskirts of business with west, and left cooperating other Muslim states. Notwithstanding, alliances which were made among Muslim states for economic improvement, their association became worse after the rise of national building. The undermining condition of Muslims in contemporary history is distinct that leaving the aspect of brotherhood. Humiliation is at mainstream, despite giving numerous abnegations, Muslims yet seem to be into myriad of setbacks. It was a big mistake of naturally rich states of the world to be closed with west because Muslims were initially rich states, and their geography which influences to west and for this cause pan – Islamism was ruptured by the western elements in order to halt the rising of Muslims regarding economic development. These all were lessons for Muslims that at every level west has harmed Muslims as to be close with it. Despite observing the deleterious ideology of west Muslim states failed to foster unity. Reason is spectacle to everyone that Muslim countries remained in political distance because of ideological gap which slowed by west to disrupt the cooperation. One of the reasons of not being close to other Muslim states is cultural and political gap. Reasons are a lot of Muslim’s disharmony to economic, cultural and religious distance, but the main factor of Muslim being in distance regarding missionary objective is surely not adopting viable policies to economic dysfunctional phenomenon.

This divergence of ideologies has overwhelming influence, where west has predominantly captured the oil and other resources of Muslim’s, even they have ruptured the bilateral ties among Muslim states which made on different aspects. On account of rapidly rising of Muslims towards development false pretexts were created by west and triggered proxy war in the Middle East. The policy of west has always exacerbated the situation for the Muslims. Likewise Iraq was one of the prevalent states regarding power it was destroyed by west to halt its progressing. Later it was proved that the British prime tony Blaire and his counterpart allegedly sent Saddam Hussain to execution. Though it is distinct that west has never been an ally to Muslim states they deliberately actuated the narration of nationalism for the cause of halting Muslim’s dominance. The policy of nationalism historically witnesses to be alarming. And nationalism is the modern policy of west in order to get dominance to rule with unflinching faiths and beliefs in international affairs of the world. It seems that west has become successful to its aim of functioning in the Muslim world. But the irony is, Muslim conceived nationalism as economic prosperity, but this concept has yielded grave repercussions in the name of fraternity and pan-Islamism.

Consequently, heinous situation and political maligning, cultural divergence and religious gap all are factors of disunity among member’s states of their strategic countries. Reasonably, nationalism was formed to strengthen economic ties and work cooperatively but it has severely spurred the relations of Muslims and indulged them in proxy wars. Thus the concept of nationalism has brought wide openness regarding economy and kicked off political and military disdain.

Published in The Balochistan Point on December 5, 2016