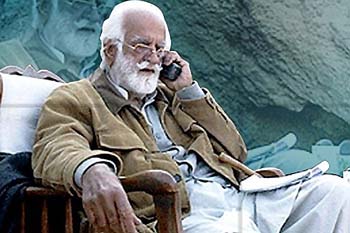 Nawab was the first Baloch tribal chief to be appointed as the State Interior Minister of Defence in the Cabinet of Sir Feroz Khan Noon on 20th of September 1958. When President Iskander Mirza imposed martial law he then resigned on 7th of October 1958. Furthermore, as a protest against the declaration of martial law, he did not accept any offer to join the first martial law government. Instead, he bluntly and openly opposed that regime.

He did not surrender to the President Iskander Mirza.

From the first day of the military coup of October 1958 the Nawab was against it. He played a pivotal role in opposing General Ayub Khan for his declaration of martial law in the country. As a result, he was harassed, threatened and eventually arrested. He was tried by a military court for the murder of Mir Haibat Khan Raheja Bugti, his own uncle. The court found him guilty and sentenced him to death.

The death sentence was subsequently commuted to life imprisonment and he was released after only eighteen months in jail. Within a short period of time he was once again arrested and his old sentence was re-imposed. During this time the military authorities repeatedly offered him freedom on the condition that he would apologise and promise not to instigate opposition, of any kind, against the government. As a traditional Baloch and man of honour, he refused to accept any such offers.

He did not surrender to the President General Ayub Khan.

The Nawab was appointed to the position of Governor of Balochistan in 1973 by the then president, Z.A.Bhutto. However, after a short period in office some differences occurred between Islamabad and Quetta. As a consequence the Nawab had no alternative but to resign, which he did so at the first opportunity.

He did not surrender to the president Z.A. Bhutto.

As a personal protest against the unlawful martial law imposed by General Zia-ul-Haque, the Nawab declared that he would not speak Urdu, the official language of Pakistan. As result of his declaration, he was initially refused permission to leave Pakistan, even for medical treatment. It was only when he became gravely ill and his leg was very badly injured that he was eventually given permission to travel to London. It is necessary to mention at this juncture that he did not speak Urdu to anyone throughout his entire stay in London. He stood as firm as a rock to his commitment until after the death of General Zia-ul-Haque.

He did not surrender to the president General Zia-ul-Haque .

The Nawab was elected as the Chief Minister of Balochistan On 4th February 1989. When asked to enforce certain policies he deemed to be unjust against the people of Balochistan, by the government of Benzir Bhutto, he refused. Ultimately, he resigned from the office on 6th August 1990 with the remarks that such orders were detrimental to, and against, the greater interest of the Baloch and of Balochistan.

He did not surrender to the Prime Minister Benazir Bhutto.

During a major military operation, whilst fighting a long and brutal battle against General Musharaf’s Army of Pakistan, near Bugti-Marri border at Kohlu, the Nawab was killed (26th August 2006). A brave son, of a brave Baloch did not surrender to the mighty Pakistan Army but like Khan Mehrab Khan, the then Khan of Kalat, he preferred death. Indeed Nawab Bugti was born a proud Chief, of a proud tribe, of a proud race of Baloch. He lived and died for a reason with honour and dignity and never surrendered to any authority.

No doubt, the Nawab will always be remembered as a legendary Baloch hero not dissimilar to Mir Chakar Khan Rind.
He did not surrender to the president General Musharaf.