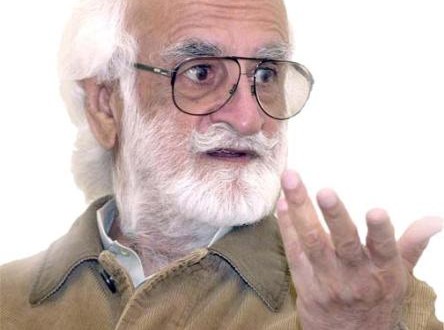 Who caused the 9/11 of Balochistan?

On Saturday, August 26, 2006, the assassination of Nawab Akbar Khan Bugti, the former governor of Balochistan and former federal minster, proved that the establishment had utilised his loyalty merely to plunder the Baloch resources. Though the murder of the 79-year-old Nawab Bugti was a great ‘victory’ for the establishment or General Pervez Musharraf, it became a great source of inspiration for the Baloch nationalists and youth to divert their political struggle of greater autonomy to independence. The murder of Nawab Bugti enraged the Baloch pro-freedom parties to chant slogans for Baloch freedom openly, and it also helped the Baloch armed groups to strengthen themselves.

Nawab Akbar Khan Bugti, whose struggle stood for independence for the Baloch pro-freedom fighters, and which some political parties termed a fight for greater autonomy, was a terrorist for Musharraf and the establishment. The one who spent his entire life in political struggle was conveniently labelled as a terrorist; however, his murder or martyrdom (as the Baloch say) became a greater source of inspiration for pro-freedom political parties.

Nawab Akbar Khan Bugti, a moderate Baloch leader, educated at Oxford, UK, and Aitchison College, Lahore, voted for the creation of Pakistan. He was a great political leader and tribal figure of Balochistan. Bugti was elected in a by-election to the National Assembly of Pakistan in May 1958. He served as the interior minister from September 20, 1958 to October 7, 1958, till the cabinet was dismissed on the declaration of martial law by President Iskander Mirza. In 1960, he was disqualified from holding public office and arrested by a military tribunal. He did not contest in the1970s general elections, and instead, he campaigned on behalf of his younger brother, Sardar Ahmed Nawaz Bugti, a candidate of the National Awami Party (NAP). Later, he was not affiliated with the NAP due to some differences with Ghaus Baksh Bizenjo, the governor of Balochistan of that time. It is said that those differences resulted in the discharge of the provincial governor as well as the chief minister Sardar Ataullah Khan Mengal and his cabinet on February 14, 1973.

Though on February 15, the federal government appointed Nawab Bugti as the governor of Balochistan, nonetheless, he resigned on January 1, 1974 after disagreeing with the federation in his opposition to the military operation against the Baloch people. In the operation, a large number of Baloch were killed when Muhammad Raza Shah Pahlavi, the King of Iran, sent F-14 fighter jets and AH-1 gunships along with his pilots, to assist the Pakistan army combat the insurgency.

The tale of differences and grievances of Nawab Akbar Khan Bugti with the federation deepened in 1974 until his murder in a military operation. However, he was believed to be the one who could talk to the federation and had the confidence to negotiate.

Bugti’s government disagreed with the federal government led by the PPP leader, the then Prime Minister Benazir Bhutto, when he joined the Balochistan National Alliance in 1988, and was elected as Chief Minister in February 1988. Bugti resigned on August 6, 1990, when the provincial Assembly was dissolved by Governor of Balochistan General Muhammad Musa Khan, in accordance with the instructions of President Ghulam Ishaq Khan.

In 1990, Nawb Bugti formed the Jamhoori Watan Party (JWP), which was voted as the largest party of the Balochistan Assembly in the 1990 election. In 1993, he was elected to the National Assembly of Pakistan, representing JWP in parliament, and also in 1997.

In Musharraf’s dictatorship, he was not liked because of his political stance and ownership of Baloch resources and he was alleged to have been leading the Baloch Liberation Army (BLA), a militant group that struggles for an independent Balochistan. Furthermore, the situation was intensified when Dr Shazia Khalid was raped on January 2, 2006, allegedly by an army officer. Dr Shazia was working for Pakistan Petroleum Limited in Sui, Balochistan. This enraged Nawab Bugti and he demand that the government bring the perpetrators to book but no action took place in support of the raped victim. The Pakistani president, General Musharraf, pardoned the captain with no judicial proceedings. This caused an eruption of violence in the Dera Bugti area and tribesman attacked gas installations in Sui.

The conflict continued until a ceasefire, when the committee of Musharraf’s inner circle led by Chaudhry Shujaat Hussain and Mushahid Hussain intervened. This committee intervened to negotiate and reach a political conclusion. However, there was no political will in Musharraf and he finally launched the military operation in the area and attacked the fort of Nawab Akbar Khan and populated area with a major aerial attack, using air-to-surface missiles.

After the attack on Nawab Bugti’s residence and casualties of the minority Hindus in July 2006, he left his hometown of Dera Bugti, and went to the Bhambore hills in Marri area, with a number of his associates. In several deadly attacks he remained safe but on August 26, 2006, he was killed in an air and ground attack bombardment in a cave in Kohlu, about 150 miles east of the capital city Quetta. His family members and Baloch nationalists were not allowed to have a public funeral in Quetta. With three locks on his coffin, he was buried on September 1, 2006 in Dera Bugti.

Describing Nawab Akbar Khan Bugti’s political struggle and confidence in the Pakistani federation is to illustrate how one is devalued when the state policy is changed. The assassination of Nawab Bugti was not the end to calm the sense of deprivation in Balochistan. Time has proved wrong those people who were thinking that killing Nawab Bugti would frighten the Baloch people to avoid struggling for their rights.

The Baloch journalist Malik Siraj Akbar describes the killing of the Baloch nationalist leader as the 9/11 of Balochistan. No doubt, his assassination caused a great change in the politics of the Baloch people and now the power of negotiation is not in the hands of those nationalists who believed in provincial autonomy. The continued military operations, enforced disappearances of more than 14,000 Baloch youth, target killing of hundreds of political activists, lawyers, teachers, intellectuals and Baloch journalists are the consequences of the anti-Baloch policies, which victimised the moderate leader who could pave the way for talks.

Since the assassination of Bugti, the whole Baloch belt is in a restive state and now the Baloch militant organisations can freely function in the Pashto-populated areas. It is clear enough that after Nawab Akbar Khan Bugti, Balochistan is not in the control of the state authorities. The obvious instances are the absence of national flags and national anthem of Pakistan, and August 14, the Independence Day, being called the Black Day. No one would have witnessed this phenomenon if Nawab Akbar Khan Bugti had not been killed. (Courtesy: Daily Times)

Republished in The Balochistan point on August 26, 2013