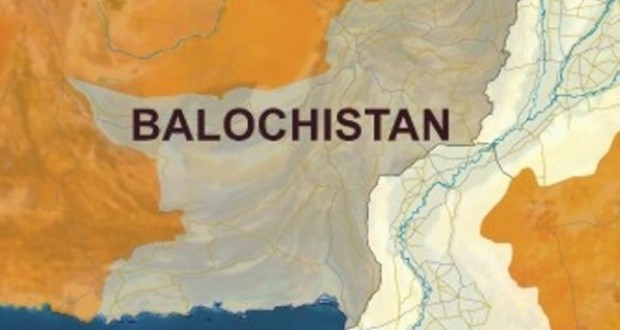 Natural resources account for a large share of Balochistan’s wealth. Since 1952, Pakistan has been extracting large quantities of gas and coal and, more recently, copper-gold from Balochistan. However, the bleak socio-economic indicators in the province clearly indicate massive corruption, mismanagement and abuse of Baloch natural wealth.

Despite countless natural wealth, Balochistan stands out for its terrible social indicators. It scores lowest in 10 key indicators for education, literacy, health, water and sanitation and has one of the most depressing statistics for the MDGs.

Pakistan has no resource management policy and doesn’t have a transparent and well-established system. The Islamabad elite, in fact, is unwilling to establish or introduce a transparent system to channel natural-resource earnings towards human development. Balochistan’s multi-billion copper-gold project, Saindak, was gifted to a Chinese company without any transparency by Musharraf in 2002 – and recently extended for another five years – without sharing a single clause of the agreement with the public or parliament.

Not only has Balochistan’s copper-gold been looted, the province’s prime land has been allotted by the Foreign Office to Arab royals and dignitaries to hunt the endangered Houbara Bustard. In return, the royals shower expensive gifts on the country’s retired military and political elite.

And more recently, Islamabad mysteriously announced the handing over of the strategically significant Gwadar Port to the Chinese – again without a transparent process. This clearly shows how Balochistan’s resources are treated as personal property.

Moreover, during Nawaz Shairf’s recent visit to China, Chinese authorities were assured of getting the world’s richest copper-gold deposit, Reko-Diq, by next year – again without following international transparent norms. Shady deals in the name of brotherly relations have deprived the people of Balochistan of any benefits they can get from these resources. Not a single contract has ever been made public.

The IMF’s Revised Code of Good Practices on Fiscal Transparency notes that “contractual arrangements … should be clear and publicly accessible.” In Pakistan, though, questioning contracts can potentially elevate your status to ‘traitor’. As a member of parliament, I repeatedly requested details of agreements and contracts signed during the Musharraf regime, but to no avail.

In fact, Gwadar, Saindak, the Duddar Lead-Zinc project and several other such deals are a complete mystery for the common Baloch. Even, the hapless provincial government has no clue about Islamabad’s unilateral agreement with the Chinese concerning Gwadar. Nevertheless, Islamabad has been shrewdly milking Balochistan. During the Baloch nationalist government of Akbar Khan Bugti some details were leaked about the lower gas price and systematic expropriation of Balochistan’s gas.

To deprive Balochistan of billions in revenue, Pakistan’s elite reduced its gas price to ensure lesser royalty, which is based on 12.5 percent of the wellhead price. Until 2007, the wellhead price for Balochistan’s HEV gas was Rs47 which later increased to Rs70 compared to Rs222 for Punjab’s lower heating value gas.

Despite the government of Balochistan’s repeated plea to the federal government to modify pricing agreements with oil and gas production companies and increase the wellhead price with the objective of increasing its royalty, Islamabad has shown no signs of fair play.

When Baloch nationalists, including Akbar Khan Bugti, started questioning about the unfair treatment towards Balochistan, the civil-military establishment successfully used propaganda to paint the Baloch as traitors – responsible for all the miseries and problems of their people. General, journalists and politicians all mixed the rent and royalty issue and blamed Akbar Khan Bugti for the embezzlement of royalty money earned from the gas fields.

In fact, a minimal rent used to be paid to the Bugti tribe through Nawab Akbar Khan Bugti. And a negligible portion of the revenues is being transferred to the government of Balochistan as royalty.

Along with depriving a province of its due share and rights, the government – together with Pakistan Petroleum Limited (PPL) – systematically imposed a policy of ‘deliberate underdevelopment’ in Balochistan, particularly in the Dera Bugti area.

They never bothered to establish a polytechnic institute to encourage local youth to train in oil-and-gas related subjects or focus on socio-economic development. Moreover, PPL systematically controlled education in the area – looking at ‘institutions’ as a security threat – and discouraged school and colleges in and around Sui.

The results of this controlled development are obvious. Today, out of Pakistan’s 100 districts, Dera Bugti tops the list on poverty, illiteracy, infant mortality, malnutrition and unemployment. Providing gas to millions of domestic and commercial consumers in Pakistan, the helpless people of Sui and Dera Bugti still use wood to light their burners.

Chaghi, which concealed Pakistan’s nuclear programme in its unreceptive terrain for decades, also has the world’s largest copper-gold and rare earth mineral deposits. The multibillion copper-gold Saindak project is being extracted, without any independent monitoring, for the past seven to ten years by a Chinese company. The fortified Saindak project is a no-go area for the Baloch people.

According to official reports, copper-gold worth $633.573m was produced during 2004-08. The Balochistan government receives a paltry two percent share, while half the profits go to Beijing and 48 percent to Islamabad.

Without prior approval of the Balochistan Assembly, in October 2012, the federal cabinet approved a five-year extension in the lease of the Saindak project allowing MCC Resources Development Limited (MRDL) to further aggressively expropriate copper-gold from Saindak till 2017.

During a visit to the Chaghi and Nushki districts, I found not a single sign of socio-economic development. Schools without infrastructure, hospitals with no ambulances and medicine, shattered infrastructure, no drinking water. On top of all that, there is a massive security presence and check posts – to protect the Chinese and apparently to suppress the Baloch – making life further miserable and unliveable for the locals.

The company also claims that it paid $39.8m to the Balochistan government as royalty $220m profit to the federal government including rent in the last ten years. But where has this money gone? Who maintains that specific account which deals with rents, royalties and revenues from Balochistan’s gold, copper and gas? Something has gone terribly wrong here.

Why don’t students in Chaghi have a proper polytechnic or university? Why do locals in Nokkundi have to buy water? Why are they forced to send their kids to religious schools? The deliberate and systematic underdevelopment policy applied in Dera Bugti for the last six decades is being replicated in Chaghi – no schools, no colleges, no knowledge for the local population. The simple logic being: it’s much easier to steal in the darkness. Obviously, development and education would enlighten minds, raise consciousness and lead to clarity on how wealth is being exploited under the disguise of development.

Nawaz Sharif and Dr Malik’s government in Balochistan have to find answers to some important questions – most of all, where has Balochistan’s gold and gas money gone? And where is it going? They have to ensure that money earned through Balochistan’s natural wealth should only be invested in improving human development. They have to ensure that the money is not, instead, transferred to powerful interests as ‘protection money’. ( Courtesy: www.thenews.com.pk)

The writer is a former senator from Balochistan. Email: balochbnp@gmail.com Twitter @Senator_Baloch

Republished in The Balochistan Point on August 28, 2013