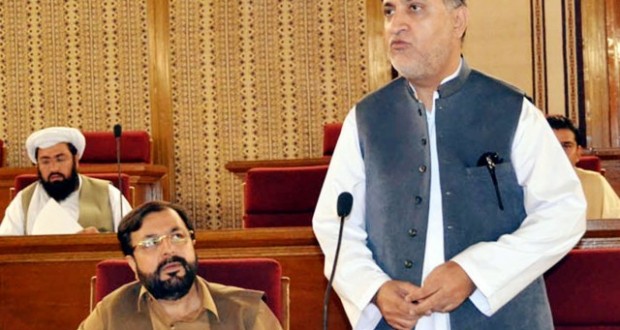 Quetta: Balochistan National Party (BNP) President Sardar Akhtar Mengal on Wednesday took oath as member of the Balochistan Assembly. Mengal has become MPA after 14 years.
Assembly members welcomed the BNP leader to the House and Chief Minister Dr Abdul Malik Baloch appreciated the BNP’s struggle for the rights of the people of Balochistan.

In his brief speech after taking oath, Mengal said that Balochistan is on the world map because of the “supreme sacrifices of our martyrs, including Nawab Akbar Bugti, Nawab Nauroz Khan, Habib Jalib and thousands of other unidentified soldiers”.

“We cannot forget the supreme sacrifices of our martyred and we have to pledge to follow their footsteps for the future course of action.”

Published in The Balochistan Point on August 29, 2013