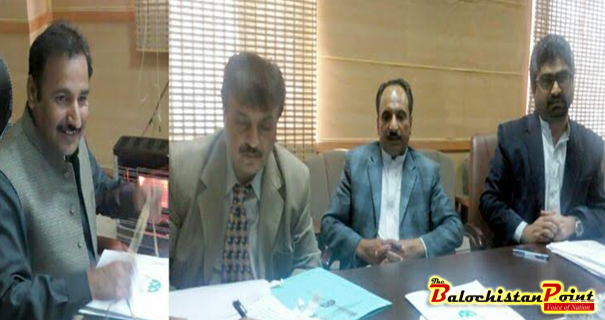 Quetta: Additional Secretary Health Abdul Rauf Baloch has said that three newly established medical colleges in the province will probably be a milestone in coping with the gap of medical professionals and will be a viable source in provision of the best health care services to the poor patients in far-flung areas of Balochistan.

Under the recommendations of Secretary Health the Additional Secretary Health Mr. Abdul Rauf Baloch chaired a meeting on making operational to the three newly established medical Colleges in Balochistan, on Monday.

He said, “The newly established three medical College’s are at Kech, Loralai, Khuzdar, and the competent authorities are keenly interested to make them fully functional by starting the classes in the current academic year.”

On the occasion all the stake holders put their positive recommendations, and discussed their human resourc , faculty positions, civil works, and financial matters in detail.

On eve of the meeting PMDC head Prof. Dr Shabir Ahmed said that PMDC would be available to facilitate all its resources in operationalizing the institutes by completing all formalities.

Published in The Balochistan Point on December 19, 2016