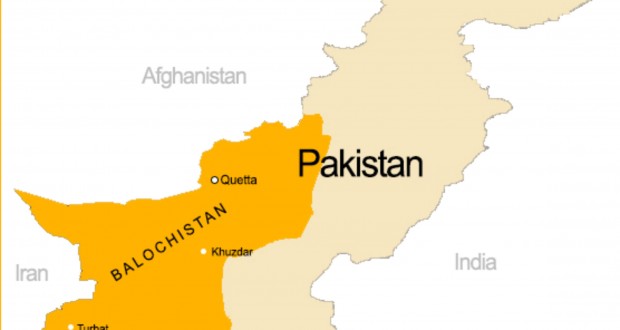 No compromise on the set targets of development of the province: Dr Abdul Malik Baloch‏

QUETTA: Chief Minister Balochistan, Dr Abdul Malik Baloch has said that no compromise would be made on the set targets of development and construction of the province. “All departments should expedite the implementation of PSDP”, he stressed.

He expressed these views while chairing a meeting to review the progress of PSDP 2014-15 here on Thursday.

In the meeting Chief Minister was briefed in detail about the performance of different departments and progress on various important schemes.

Addressing the meeting, Chief Minister Balochistan said that no compromise would be made on policies of coalition government devised for the development of the province and set targets for the well-being of the masses.

Expressing resentment over poor performance of Energy, Agriculture and Education departments, he said that no negligence and ineptitude would be tolerated. “All departments should review their performance and come up with better performance to ease the difficulties of the masses,” he emphasized and warned that strict action would be taken against the responsible of departments if they could not prepare PC-I of schemes in stipulated period.

Chief Minister Balochistan also expressed his anger over unnecessary delay in purchasing of bulldozers and directed authority concerned to ensure early purchase of the bulldozers.

He said that provincial government was committed to utilize all resources for the welfare and benefit of the people and added that action would be taken against responsible officers if they made any delay in preparation of PC-I.

He directed Additional Chief Secretary Planning and Development to hold meetings every week to review the progress of preparation and approve of PC-Is of the schemes.

He said that all officers should improve their performance and expedite the process of implementation of the schemes for the development of the province and welfare of the people.

Published in The Balochistan Point on 11th September, 2014.