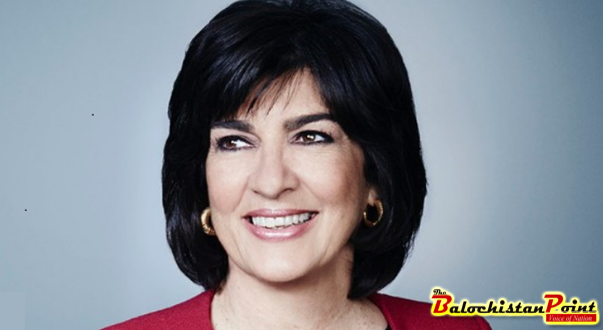 No free press, no democracy

London : A few short days ago, here in Britain we marked Armistice Day. I am sure such ceremonies happen in many other parts of the world, too, but somehow Great Britain seems the fitting place to honor service, sacrifice, and how “the little country that could” gathered its friends in a mighty coalition to defeat monstrous tyranny, not once in the Great War, but again in World War II.

So, observing Remembrance Sunday is an annual exercise in humility, reverence, gratitude and above all, ensuring that so much sacrifice and giving shall never be forgotten.

To witness the Queen and members of the royal family, the Prime Minister, and all her living predecessors, the leaders of all the political parties, the leaders of more than a dozen faiths, the armed services and the dozens of commonwealth nations, all coming together on a cold, sunny Sunday morning to lay the blood-red poppy wreaths at the foot of the Cenotaph in Whitehall, is a stark reminder in our tribal times of a shared humanity, a collective community, with common values and purpose. This one exercise vividly paints the picture of how our democracies have survived.

I always get emotional, but for me the reason this matters so much is because it is also about the men and women of my profession, journalists who have never left the front lines of the battle for truth.

Our fallen are not remembered at these services, but without the truth we seek, there is no democracy, only dictatorship. Without the truth we bring there is no rule of law, only anarchy and destruction. Without truth there are only lies that lead us into a dangerous fog of confusion — not knowing which way, or whom to turn to. This dystopian nightmare is especially acute today.

Every year, many among us are wounded and killed in this great battle. Just a few months ago, in Malta, a fearless reporter named Daphne Caruana Galizia was blown up in an attack usually reserved only for war zone: an improvised explosive device, or IED. Imagine that for a moment. She was an equal opportunity, anti-corruption investigative journalist, targeting both the government and the opposition. Her last post included the immortal words: “There are crooks everywhere you look now. The situation is desperate.”

Half an hour later she was blown to smithereens by a car bomb. Outside her home. In Europe. Think about it: In Europe.

It shouldn’t, but it does, seem so much more unacceptable than the arrest and murder of our colleagues and the assault on free speech among the usual suspects: This all proceeds apace in Turkey, Russia, Mexico, Philippines, Iran, Saudi Arabia, India, Myanmar, and the list goes on.

When journalists are not being killed in cold blood, they are staggering under the weight of censorship and spurious legal action.

And this assault on truth and facts has now traveled all the way to the land of the First Amendment, the constitutionally free press, the Fourth Estate.

In the year since Donald Trump was elected President of the United States of America, he and his cohorts have used “fake news” as the political weapon with which to bludgeon us into submission.

We will not surrender nor bow, but our heads are bloodied.

Neither is legitimate. Both have become embedded in our conversation. Collins Dictionary named “fake news” as its word of the year earlier this month. The most terrifying development is that it’s working with majorities in some states, who simply refuse to believe the facts.

Every week it seems we wake up to more bad news about the weaponization of social media, with Facebook admitting a Kremlin-linked troll farm targeted as many as 150 million users trying to sway them during the 2016 election.

CNN has just revealed that Russian trolls invaded the space on EU Referendum day, June 23, 2016, pushing pro-Brexit sentiment while people were out casting their votes.

Chillingly, one report said, one of the most dangerous places for a reporter in America these days is at a Trump rally. I suppose this isn’t too surprising: After all, he’s branded us in the media as all being “enemies of the American people.”

At this time of year, we would do well to remember that we are in fact the people’s best friends. Remember that anywhere in the world, only the truth we fight for guarantees freedom.

And unaccountable lies lead only to enslavement.

We journalists will continue to wage this battle.

The free press must not be demonized.

Published in The Balochistan Point on November 15,2017

2017-11-15
admin
Previous: PM announces a ten-year equalization package for the development of Balochistan
Next: Your first responsibility is “To educate yourself”