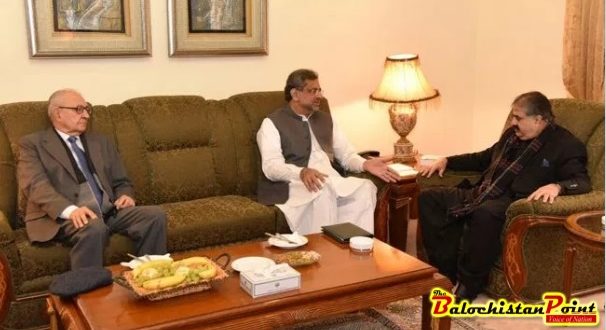 QUETTA: :Prime Minister Shahid Khaqan Abbasi Tuesday announced a ten-year equalization package for the development of all areas of Balochistan, with an aim to bring them at par with rest of the country in terms of provision of basic utilities and facilities.

Talking to media-persons here at the Governor House, the prime minister said funds for the package would be shared by the federal and provincial governments equally and it would start during the current year.

He said the package including the provision of gas, education and health facilities would be initiated at the every union council of province.

The Prime Minister said the provincial government had given a proposal for this package which was agreed upon by the federal government.

About his today’s engagements in Quetta, the Prime Minister said he chaired two meetings on law and order and the development projects in Balochistan.

The other development projects worth Rs 80 billion including under the China Pakistan Economic Corridor (CPEC) were also reviewed, the Prime Minister said, adding, these would be further reviewed on monthly basis.

To a query, the prime minister said the Government was fully functioning and would complete its constitutional term ending in June next year after which the elections would be held on time and the democracy would move ahead.

Published in The Balochistan Point on November 14, 2017

2017-11-14
admin
Previous: Lack of facilities and doctors create difficulties for patients at Civil Hospital Turbat
Next: No free press, no democracy